Coffee: The Great Equalizer That Reduces the Risk of Stroke

The connection between coffee and the brain is taken for granted. Coffee is a major stimulant that speeds up reaction time and improves short-term memory, primarily by acting on the prefrontal cortex. But coffee’s effect on the brain goes beyond caffeine-induced stimulation. In fact, there is one brain-related benefit associated with all types of coffee---caffeinated, decaf, instant, or ground coffee. Regular coffee-drinking reduces the risk of having a stroke by about 27%. Researchers think that this is because of the antioxidants in coffee (the #1 source of antioxidants in the American diet), which can lower inflammation and improve blood vessel function.

In a 12-year observational study led by Dr. Yangmei Li at the University of Cambridge in England, the coffee drinking habits of more than 23,000 men and women (aged 39 to 79) were tracked. Coffee drinkers fared much better than non-coffee-drinkers when it came to stroke---the leading cause of disability and the 3rd leading cause of death in the United States, according to the National Stroke Association (NSA). By definition, a stroke is life-limiting and disabling. It is essentially “a brain attack” in which blood flow and oxygen to the brain is cut off due to a clot or sometimes due to bleeding in the brain. During a stroke, 2 million brain cells die every minute.

In 2010, there were almost 800,000 strokes and more than 135,000 stroke-related deaths un the US. The NSA recommends maintaining a healthy blood pressure, not smoking, drinking alcohol in moderation, exercising, and controlling cholesterol levels as preventive measures. Stroke prevention comes down to lifestyle---and based on the data from this study, coffee drinking is another positive lifestyle measure. 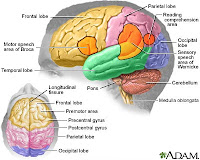 Another interesting aspect of this study that was very surprising is that all coffee drinkers enjoyed the advantage of a reduced risk of stroke regardless of their age, gender, ethnicity, social class, physical activity level, or smoking or alcohol consumption status. How democratic…Maybe coffee can help level the playing field in terms of accruing health benefits. One more reason to make drinking coffee a major public health initiative!

Anonymous said…
Wow, when Dr. Li does a study, he doesn't go for a couple hundred subjects over a few weeks, no, he bangs out a 23k, 12 year extravaganza! Imagine how much time he would need to take to decide what to study. He might have gotten 3 years in and then said; "oh, the hell with these people, where are the damn mice?"

Proof beyond reasonable doubt is just another day at the office for Doc Li. I'll bet he gets a front row seat at the Neurology conferences and probably gets first dis on any stray brains that might lying around.

Anyway, frankly I really liked this post. Finally, some news I can use. I mean that part about coffee mitigating stroke risk even in the face of, shall we say, somewhat dubious lifestyle choices, that's gold!

Oh, and BTW, an instructional video on use of a B&D coffee maker would be appreciated by those fools who carelessly threw away their instruction book. I heard there might be some people who did that, somewhere...
November 14, 2010 at 3:01 AM

Appreciate your feedback. I think that perhaps our estimable Dr. Li is "cheating" by using observational data--that it, the same 20,000 plus people who are part of an extensive database or registry for which coffee-drinking is only 1 factor examined. (Who knows there may also be a question for--did you speak with an insurance salesman or watch NASCAR during the last 1,3,5 years?) What does B&D stand for...sorry to ask, I am poorly caffeinated at the moment....
November 15, 2010 at 3:18 PM

Nicole Gray said…
I was actually thinking Black and Decker. What kind of coffee maker do you have?
November 16, 2010 at 9:25 AM

Anonymous said…
I have a Black & Decker and despite thinking myself well educated, have very little ability to control the functions of this machine.

The location of my instruction booklet is not clear to me at the moment. It may have been stolen by Annoy-Anonymous Inc., a global conglomerate dedictaed to making my life more challenging. I have reason to believe this organization is collecting my socks also, an investigation is underway.
November 24, 2010 at 4:58 PM

What will it be like to drink coffee in 2019? It could make us wealthier, healthier, and happier...

As we head into the first days of 2019, speeding along like a rush-hour Acela train, everyone I know is trying to frame the coming year, even as they are still processing 2018.My main goal for the upcoming year is to become thriftier. I try hard, but I’ve certainly missed the mark more than I’d like to admit.I found lots of inspiration on the internet.
In fact, since the beginning of written history wise people have extolled thrift as a competitive advantage.
“Cannot people realize how large an income is thrift?” ---Cicero
"Cultivate these, then, for they are wholly within your power: sincerity and dignity; industriousness, and sobriety. Avoid grumbling, be frugal, considerate, and frank; be temperate in manner and speech; carry yourself with authority." ---Marcus Aurelius
But even virtues have their limits. For example, although I love coffee unconditionally, I JUST got a new coffeemaker after 13 years. That’s a long time that I relied on my Gevalia drip coffeemaker (very rel… 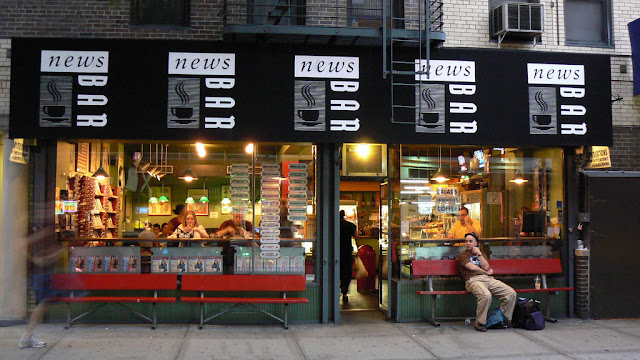 Have you ever been so distracted by the pursuit of coffee that you lost track of time---and then found out that all the while you were coffee-klatching, a potential disaster was unfolding? That was me on Thursday, November 15---the day of the nor’easter that we all underreacted to until we were stuck in Penn Station, and our children were stuck on buses, while thousands of people were stuck in gridlock that lasted up to 12 to 14 hours, forcing them to deal with their biologic needs the best they could.

After a full morning of working alone, I met up with two of my colleagues (2 amazing women-editors), at News Bar Café near Union Square, to work on a project and drink endless cups of coffee, while enjoying various soups, breads and sweets. News Bar has a traditional wooden exterior, and a café-pub-like feel, with large plate glass windows at the front of the café.
The best way to describe the feeling of being in News Bar at midday as the snow innocently swirled around outside is ‘fi…