Showing posts from April, 2010
Show all

Drinking Coffee at Disney: When it Comes to Coffee, It's a Small, Small World 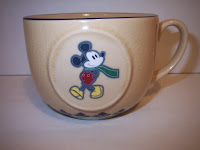 Disney World in late March is a dream come true---especially if you are between the ages of 5 and 7. Finally, I decided that my job as a mom was to indulge that dream. From the beginning, it seemed that this trip of a lifetime for my young daughter would be a test of endurance for me. My husband was staying home to work, so for the first part of the trip we would be on our own. However, we were excited that we would be meeting my sister and her family there. From the very beginning, the challenges were rampant. The plane did not depart until 10pm, with an arrival time after midnight. Upon arrival in Orlando, we were told that our hotel rooms were suddenly “oversold” and that we were being “upgraded” to a hotel about 7 miles further away from Disney World. When I got to the hotel, I had to forge a plan to compensate for the woefully inadequate shuttle service of the hotel. I immediately set up my 5-star coffee maker and made a quick pot of Colombian brew. Meanwhile, my 7-year-old
6 comments
Read more
More posts