Showing posts from March, 2019
Show all

Caffeine 2.0: How the 'eat your coffee' movement is getting it right 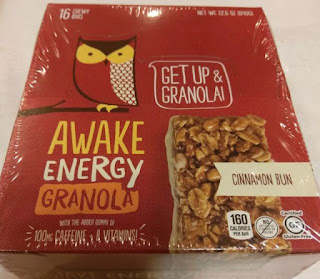 Happy spring! It  started slowly. First I noticed a few caffeine-bite products with clever names ( VERB caffeinated energy bites ; Eat Your Coffee caffeinated snack bar; Awake energy granola bars , etc.), and then it became a THING. As a coffee-lover, with a seriously caffeinated lifestyle, I personally like Wild Ophelia cold brew caramel latte bites . Think New England fudge meets morning coffee and Brach’s caramel, with a nice buzz---a little piece of caffeinated heaven. The market for caffeinated food is not entirely new---there have been coffee- and/or caffeine-infused foods around for a while, but now there is a whole new level of caffeine awareness, as well as a lot of clinical evidence to confirm that caffeine is not only stimulating, but also health-enhancing. What the data says about caffeine According to researchers at Stanford, caffeine makes people healthier on a molecular level. They looked at the health of two cohorts of adults over time, including a h
2 comments
Read more
More posts