Showing posts from May, 2014
Show all

Can one day of Gorilla Coffee in Montclair lead to a lifetime of love? 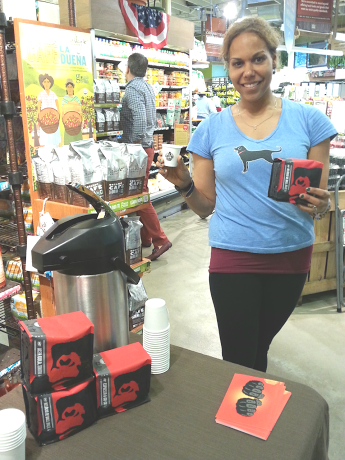 By the time I got to Whole Foods this afternoon, I was on the brink of exhaustion (though it was a happy exhaustion since I had just completed an hour of power yoga and half an hour of cardio).  I had been up working during the early morning hours, gotten kids to schools, worked out---and gone for a walk. I had already consumed at least 5 cups of coffee.... So when Rhiannon Corby, a representative from Gorilla Coffee , a microbrewery with 2 locations in Park Slope, Brooklyn, offered me coffee, I actually wavered briefly. Very briefly. "Sure," I said. I tried a small cup of Ixil A' Achimbal single-source Guatemalan coffee--a coffee grown by a collective of coffee farmers in the rugged western highlands. My response: It gave me a sense of completeness. A satisfaction that even I could not articulate. Drinking this tiny cup of Gorilla Coffee made me feel more alive and gave my life in that moment brighter overtones. I felt like a craving was being fulfilled and stimu
9 comments
Read more
More posts