Showing posts from April, 2018
Show all

The Starbucks debacle heralds a new era in corporate citizenship 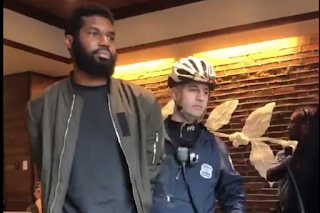 Once upon a time, racial profiling at a coffee shop would not be considered unusual, even if it was considered unfortunate, evoking a few platitudes from the silent majority. But the idea that an act of discrimination involving black people, coffee culture, and a racially biased store manager, would provoke national outrage would have been unthinkable 20 years ago. But then the Internet happened and a new generation, specifically millenials, came of age, bringing with them their tech savvy and progressiveness. Last week, the video of Philadelphia policemen arresting   two young, black men (for apparently sitting too long without a making purchase in a Starbucks on 30 th and Spruce) went viral quickly, igniting a wave of fury and becoming a hot topic on news networks and social media. Rashan Nelson, age 23, Indifference and silence---two strategies that normalize racism---help to preserve the illusion of innocence. But those days are over. It's true: Racism is ali
5 comments
Read more

Hyperion Espresso to the Rescue: From darkness to light 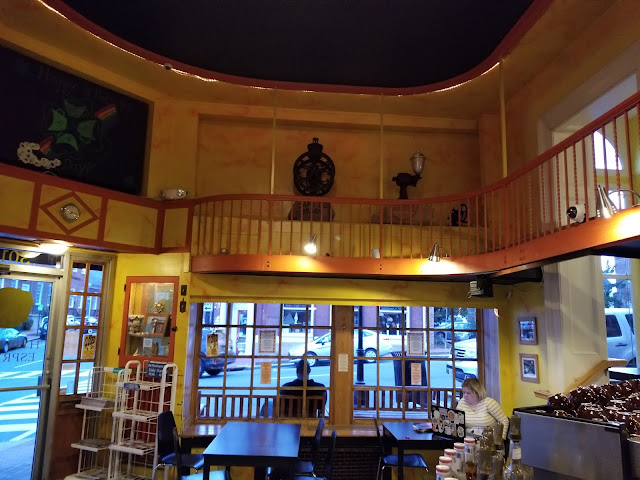 Easter in Fredericksburg, VA, with my family, was great.   For us it meant an early-morning egg hunt at church, lots of park time, and really strong morning coffee. But for me, morning coffee is just the beginning. Coffee for me is an all-day affair. After an afternoon of playing with the kids, kicking a soccer ball and running after a basketball, I decided that I really needed coffee. I made the request to my father, who was driving, and he mentioned Starbucks (after he sighed, since I had been whining about coffee for a couple of hours already). I assumed that given the holiday and the small-town commitment to family life that Starbucks would be the only coffee option in town. Turns out it wasn’t true. I spy a coffeehouse After leaving Pratt Park, as we drove into town, I spied a group of people standing outside of a refurbished colonial that houses Hyperion Espresso. Hyperion, located at 301 William Street in downtown Fredericksburg, was founded in 19
Post a Comment
Read more
More posts