The Starbucks debacle heralds a new era in corporate citizenship

Once upon a time, racial profiling at a coffee shop would not be considered unusual, even if it was considered unfortunate, evoking a few platitudes from the silent majority. But the idea that an act of discrimination involving black people, coffee culture, and a racially biased store manager, would provoke national outrage would have been unthinkable 20 years ago. But then the Internet happened and a new generation, specifically millenials, came of age, bringing with them their tech savvy and progressiveness.

Last week, the video of Philadelphia policemen arresting  two young, black men (for apparently sitting too long without a making purchase in a Starbucks on 30th and Spruce) went viral quickly, igniting a wave of fury and becoming a hot topic on news networks and social media.

Indifference and silence---two strategies that normalize racism---help to preserve the illusion of innocence. But those days are over. It's true: Racism is alive and well in the U.S., but the democratizing force of social media is making it visible for all to witness, and a group of everyday heroes is emerging, including Melissa DePinto, a self-described upper-middle class, middle-aged white woman, who used her privilege to take the video undisturbed. Read her amazing op-ed here.


Is the Third Space still a thing?

When I started this blog in 2008, Starbucks’ concept of the third space was just taking hold. Fast Company published an article in June 2008 introducing the concept of the third space---first there’s home; then there’s work---and then there’s Starbucks, a place you can sit, feel at home, drink coffee, socialize and get stuff done.   In fact, Starbucks has earned its third-space reputation. Over the years, Starbucks has been a champion for diversity, gay marriage, and environmental integrity---a safe space even in the most politically tumultuous times. And the implicit understanding was that the third space was to be enjoyed by all---along with the wifi.

So last week's events were beyond disturbing---they were horrifying.

Howard Schultz, founder and former CEO of Starbucks,  currently executive chairman, said in an interview with CBS that he feels “embarrassed and ashamed” of what happened in Philadelphia. Together with CEO president, Kevin Johnson, Schultz has sought out the victims of the unfair arrest, offering apologies. (Johnson offered a F2F apology.)  But it didn’t stop there.

Starbucks has committed to educating its workforce on racial bias---what Schultz calls the beginning of an ongoing initiative. Towards that end, a team of thought-leaders has been assembled to create this training---including Sherrily Ifill from the NAACP Legal Defence Fund, Bryan Stevenson of the Equal Justice Coaltion, and Eric Holder, former attorney general during the Obama administration, in addition to others. This training, slated for May 29, will be an all-hands-on-deck event for almost 200,000 people, and lead to the closure of 8,000 stores.

As it turns out the two men who were arrested (Rashon Nelson, 23 and Donte Robinson, 23---a customer at the same SBX since age 15), were at Starbucks waiting on an acquaintance to discuss real estate investment opportunities. The acquaintance, a white man, walked in as the arrests were occuring and was mortified and angry to see these men handcuffed--at Starbucks no less!

Since then, Starbucks has committed to supporting the men as they pursue their business goals, essentially providing an opportunity for the men to leverage this unfortunate incidnent towards long-term professional success and prospoerity. Many companies would have issued a trite apology and tried to move on as quickly as possible---getting back to business as usual---everyday, benign racism, with an aura of quiet complicity. Starbucks, however, is not "many companies." 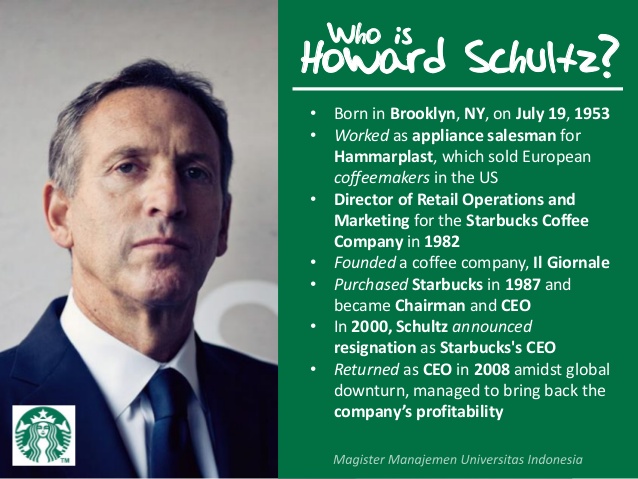 Starbucks is Starbucks. In fact, not long ago, Schultz said that now, more than ever, it is incumbent upon corporations to be a force for good---and to use their change-agent capabilities to counteract the pernicious intolerance that is festering like a cancer that has metastacized throughout our great country.

The reality is that Starbucks is the "number one purveyor of coffee in the world" and that success gives them a platform for change. In fact, given the current political reality in the U.S., it's not surprising that there are more rank-and-file Starbucks baristas and managers who feel empowered to unleash their inner racist self.

Trump and supporters have cynically advanced an agenda that stokes racism, homophobia, sexism, ableism, and classism by playing on the fears of working-class white people and manipulating the aspirations of middle-class people, who harbor underlying racism, while openly catering to the financial needs of the top 5%.

In this context, more people are likely to act on their innate racism. Ten years ago, the political climate was different (obviously). So right now, expecting young people, who live in certain environments or come from households that voted for Trump, to not become racist, is like expecting a child growing up in a neighborhood full of bars and adverts for alcohol, who also deal with alcoholic parents, to not struggle with alcohol abuse and misuse disorder at some point in their lives. People become who they are in the context of their environments.

Kudos to Starbucks for using its power to educate people about bias and the nuances of racism. My short-term boycott has come to an end, but we are all still watching carefully to see how this unfolds, looking towards Starbucks as a lodestar of good corporate citizenship.

500-710 exam dumps said…
I just want to mention I am newbie to weblog and truly savored your web blog. Most likely I’m planning to bookmark your blog . You surely have impressive article content. Many thanks for sharing your website.
June 28, 2018 at 7:27 AM