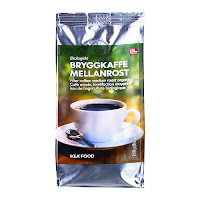 At the end of the Thanksgiving holiday, I am reminded of how grateful I am for coffee. Not only for its rich, soothing, energizing effects---but also because of its health benefits, including a reduced risk of diabetes, stroke, Parkinson’s disease, and depression. I am also grateful that increasingly the medical evidence is documenting these benefits with amazing contributions from European and American universities!

I am also grateful that most of the coffee-drinkers I know can still afford to drink coffee and enjoy its benefits. That is not insignificant, especially when you consider that coffee prices are at an all-time high for the past 13 years. In fact, coffee futures have increased 44%. According to pundits, a constellation of factors are contributing to coffee's sky-high prices, including bad weather in South America and low stockpiles in the United States. But, there's something else: Increasing demand from coffee drinkers in emerging economies. The largest increase in demand is coming from the burgeoning middle classes in China, India, and Brazil, which will soon become the largest consumer of coffee outpacing the United States. Increased wealth and ambition is indeed leading to a desire for the taste of coffee and the myriad social and physical benefits that accompany its consumption.

The net effect of all of these factors has been increased prices, especially among value-brand coffees, such as Maxwell House and Folgers--a 10% increase so far. There has also been an increase in the cost of brews served at independent coffee houses and Starbucks is considering increasing its prices, though they have been fairly restrained about doing so. Note, however, that we are still drinking coffee at a healthy clip. If you grab your coffee from a local kiosk in any city, it is likely that the kiosk owner is trying not to increase the cost of your coffee.

Plus, when you're talking about increases of 10 or 15 cents per cup, you're still well within the confines of an extremely inelastic demand curve. People who regularly consume coffee are just not going to step away from the coffee-counter over a 15-cent increase. However, experts suggest that people may very well start drinking lower-priced, lower-quality coffees.

I have discovered a new value brand! IKEA's Braggkaffe Mellanrost direct from Sweden, available at IKEA or online. At a cost of $5.99 for 0.25 kg, this UTZ-certified organic coffee, which is 100% Arabica and boasts a slightly sour, yet rich, taste is a really good buy. In fact, Sweden has the unique distinction of being the number-one coffee-consuming nation in the world. Per capita consumption is 10 kilos per person. That's a lot of coffee for 8 million people. I bet they're grateful for coffee. I certainly am. Drink up and be healthy!

Anonymous said…
Ok, now that we've named the kids (pending and future), and decided on schools (anywhere but Princeton), let's get back to the topic.

First, I loved the chart. Notice how it broke out from the high 160s and then tested the line successfully. A thing of beauty, take it and bid it! Bovespa! Everybody yell; Bovespa!!!

Maybe you have a future in Futures, or you could be a Fundamental Analyst. It's fun and it's mental. I saw one once, and it was dressed nicely. They gather and talk about Herding Behavior and such.

I picked up a tin of Kicking Horse- Kick Ass Blend today, it is described thusly;

Kick Ass [Dark]
The name says it all: carpe diem, play to win, no regrets. Don’t let this cute little donkey fool you—he plays for keeps. This take-no-prisoners roast is popular with athletes who’d rather enjoy a good cup of coffee than choke down an energy bar before a workout. A great mix of Indonesian and Central American beans that is guaranteed to kick some sense into you.

How about that! When this Kicking Horse company says their stuff is strong, they aren't just whistling some Sinatra number, they mean it. The 454 Horse Power blend could knock the nickels off a dead Irishman.

Those crazy Swedes. Drinkin' coffee, probably eating a lot of Coffee Cake and they have their own Meatballs too. Maybe there's a connection between Blonde/Blue Eyes and coffee and Meatballs, this sounds like a job for Dr. Li. Dr. Li, Dr. Li, Dr. Howard, Dr. Fine, Dr. Howard.

Sorry, I got carried away.

More about the Kick Ass Blend;

There are some reviews on Amazon (the website, not that Bovespa place);


Mary E. King says; "Best Coffee on the Planet" (we'll assume she means this one) and;

15 stars, 3 reviews. It is therefore, the highest rated product on Amazon and for that matter, the entire Internet. You can't get more stars than that. They could give away some stars and still rank.

Anonymous said…
So, you're probably wondering; why not Princeton?

Well, for one thing, that despicable, corrupt, fool, Aaron Burr, his father was President of Princeton. Aaron Burr shot the greatest New Yorker, and probably the greatest American of all time; Alexander Hamilton.

The next time you walk by Trinity Church, take a moment to pay your respects to the man who among other things founded the first anti-slavery movement in New York. A man who had more to do with the prosperity of this country than any other.

There's no monument to him, the United States itself is his monument. And when people talk of "the American dream" that was Hamilton's dream. It's called; a meritocracy.
December 11, 2010 at 1:47 AM

Anonymous said…
An all-time high for the last 13 years? Don't we have, like, a thousand years of coffee data? Oh well, we know what you mean. You mean that we missed that trade. Damn! We coulda hedged the weekly coffee bill.

Anyway, I think there's a lot to be said for being an expert in modestly priced coffees. Thanks for rec.

I used to work in an office run by these guys who provided the world's cheapest coffee. I believe a significant portion of the coffee was actualy sawdust. You had to doctor. You couldn't actually drink it straight. Even the packaging was cheap. When the packaging is cheap, you're in trouble.

I haven't tried the Kick Ass Blend yet, I'm waiting for a special occasion- like a Thursday. I'm currently working on the 454 Horse Power Blend from Kicking Horse Coffee. You have to be careful not to spill it or it might burn its way down to the Asthenosphere.

Anyone out there? I'll kick off the jibber-jabber with this question; what's your fav coffee when money isn't an object?

Anonymous said…
"The largest increase in demand is coming from the burgeoning middle classes in China, India, and Brazil, which will soon become the largest consumer of coffee outpacing the United States. Increased wealth and ambition is indeed leading to a desire for the taste of coffee and the myriad social and physical benefits that accompany its consumption."

Yes, The US of A is enabling the proliferation of a better standard of living throughout the world by virtue of the fact that we are net importers. Our consumption is allowed by debt. There is a direct correlation between the amount of personal debt the American consumer holds to the prosperity of the Emerging economies. Remember when a Credit Card had a $2000 limit?

A point made by Niall Ferguson in his book; Empire, is that the main export of the US is our culture. This is unfortunate in many respects, coffee drinking may be an exception, but McDonalds is not. Our movies, our music, our TV, our culture such as it is, is poluting the world and changing the world, Baywatch in Germany, Kentucky Fried Chicken in Chang Mai, is this a good thing?
December 21, 2010 at 1:26 AM