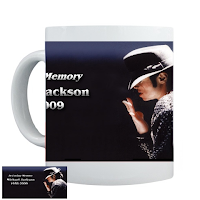 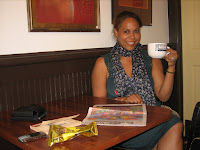 Whether you're sipping mistos while on vacation or hunkering down for a home brew, drinking coffee in the summer can be just as satisfying as it is in the winter.
This has been a bittersweet summer of drinking coffee, with a real emphasis on value blends ($10.99 for 24-ounce, 365 gourmet blends from Whole Foods, including my favorite Pleasant Morning Buzz). Starbucks is now offering $2 afternoon cold-coffee drinks, with presentation of a receipt from an earlier purchase. As always, coffee facilitates getting to work, trekking to the pool, showing up for tennis lessons, sitting down for a friendly chat, or simply being awake in order to rise to the demands of daily life.
Coffee not only stimulates and energizes, but it soothes, as well. Coffee-drinking is a fallback ritual that makes it ok to sit down and do nothing but contemplate life and the things that life brings. Honestly, that is a lot to do---often harder than being in constant whirring motion. Earlier in the summer, I caffeinated myself with lots of Starbucks and New England Breakfast Blend Coffee to take on the tasks at hand. Camp drop-offs & pick-ups, lots of exercise, including swimming, tennis, and garden-variety fitness classes, and writing. While writing about health care reform, pain management, biotech patent legislation, and acute liver failure from OTC drug overdoses, I stayed alert largely thanks to coffee and chai. Health care reform, in particular, was a tough beast of a topic to wrestle onto the page. Coffee by day & coffee by night. Often, around 10pm, when things had quieted down, I listened to the first drips of brewed coffee being pushed through the Barista's extrusion device. The smell came after that and brought happy, dark, mellow images. I relied on a very large cup given to me by my friend Liz for my birthday...and I drank pot after pot. Initially, the completion of that article was anti-climatic---I was too tired to feel celebratory and there were other things to check off of the to-do list.
And then, there was the backdrop against which day-to-day living in summer 2009 was taking place. While drinking coffee, I thought intensely of Michael Jackson. From Dancing Machine to Man in the Mirror, I drank solemnly in his honor, and watched more television in a week than I've watched all year. I needed the mainstay of coffee to fully come to terms with what happened, which clearly I have not done. And then there was Farrah Fawcett, and the idea, which came to my inbox as an email missive from a doctor who pushes probiotics as the cure-all for every physical malady. Her take on things: probiotics can help prevent cancer of the bowel, intestines, and colon. Although I am a medical writer, it would be inappropriate to comment on that idea. Nonetheless, I will say that probiotics and coffee give me the feeling of weightlessness. And I will also say that it is sad that Farrah Fawcett died.
Amidst this sadness, there was thoughtful provocative commentary on blogs and other media outlets. I saw some of the most beautiful coverage of MJ's situation in places like the New Yorker and on The Defender's Online, which has become a go-to destination for me. And then, the Gates incident happened in Cambridge, not far from my high school. Despite being positively dyspeptic over the entire thing, especially the visually disturbing image of Dr. Gates being arrested, I drank two cups of Zabar's and kept my gaze steady, while I took it all in.
And then came a little vacation! While in Mystic Seaport, I especially enjoyed the dark-hued Admiral's Brew (available at the Bake Shop in Mystic Seaport Village), with a stray cup of Black Dog Coffee in the afternoons. But my best cafe experience in the Mystic River Valley was at Bartleby's Cafe on Main Street. The mugs are so big that they have bowl-like dimensions and require that you commit your hands fully to the mechanics of drinking coffee. I committed and brought my soul along for the ride. It was worth it. In was bold, with hints of nutmeg. The baristas were super-nice and very into baseball--especially Meredith. Apparently, the owner, Ross Mandel, is a big fan of Melville's story, "Bartleby the Scrivener." The word/name "Bartleby" syncopates well, has nice rhythm, and brings to mind the romance of 19th century New York and New England, but it a sad, sad story.
In short, Bartleby is a depressed scrivener (copyist for lawyers) in the mid-19th century working for a downtown NYC lawyer, who is both type A and a nice guy a the same time. When pressed to do anything beyond the most basic scrivenly task, Bartleby says, "I would rather not." Soon it becomes apparent that he would rather not do even basic work. He also has no interest in hanging out in his boss's nice home, or having a solid meal, or even leaving the building. Soon he lives where he works and dies of self-imposed starvation. The lawyer describes Bartleby's appearance on his first day of work as "pallidly neat, pitiably respectable, and incurably forlorn." His appetite for life is diminished to nothing, presumably because he senses the pointless cruelty of existence....I say, yes, maybe, but perhaps a cup of coffee would help to ease the distress. The lawyer comments that he "had never seen Bartleby reading---not even a newspaper. His pale face clearly indicated that he never drank beer, or tea or coffee even (gasp!?)--and never went out for a walk." What then is the point? Sometimes it's hard to keep going. But we still need to find joy everyday, anyway we can. Coffee almost always helps. Drink up!

Joe the Novelist said…
Hey, you're back online! Great blog and thanks for inspiring me to read Bartleby the Scrivener!
August 8, 2009 at 10:29 AM

Nicole Gray said…
Thanks Joe. The link in the post goes directly to the entire story, which is not public domain. It's about 138 pdf pages, but goes quickly. Enjoy! Happy coffee-drinking...
August 8, 2009 at 10:41 AM

Alma Schneider said…
Great post, I need more (like my coffee). I have been dependent on 2 cups of coffee every day all summer and it's helped me hang with all the kids. Thanks, Nicole (and coffee)!
Alma
August 10, 2009 at 12:28 PM

Probiotics are awesome. The healing effects of the billions of living organisms are very powerful. Take it from someone who is Drinking Kombucha All the Time.

Nicole Gray said…
Thanks Dave! I am glad that you are able to benefit from the awesome, life-giving properties of kombucha and coffee...a little here, a little there. It all works towards improving our intestinal and systemic health.
August 13, 2009 at 10:19 PM