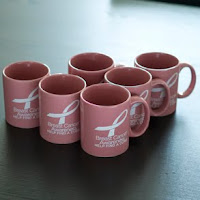 Coffee is good for you. More evidence is here. And this time it's aimed directly at women.


A new study from the Karolinska Institute in Sweden shows that higher-than-normal coffee consumption significantly decreases the risk of ER-negative breast cancer.*

This study, which was published as a provisional PDF in Breast Cancer Research on May 11, 2011, included almost 6,000 women, who were included in six different cancer registries in Sweden. Available information about the women, who were all between the ages of 50 and 74, included health status, lifestyle habits, and various other factors (like whether the women were taking hormone therapy) that needed to be factored into the analysis in order to make it valid.

The study was well designed in that it was a population-based and case controlled. When the researchers compared women who drank 5 or more cups of coffee a day with those who drank one cup or less, they found a modest overall decrease (about 20%, with a trend towards significance) in all types of breast cancer. However, when they looked at ER-negative breast cancer in isolation, there was a markedly and significantly reduced risk: 57%.

Swedes are huge consumers of coffee. Median intake is 3 cups per day. So this is an ideal population in which to study the health effects of coffee. This study is encouraging for many reasons, but especially so, because at one time, many people mistakenly thought that coffee was associated with an increased risk of breast cancer.

This may seem like an outdated view now, but today I was talking to a woman in her 70’s. She was proudly telling me that all of her children had attended college---and that none of them were chronic alcohol drinkers, smokers, or coffee drinkers. I almost winced at this statement. Many people continue to inveigh against coffee drinking—but the data are the data---and they are overwhelmingly positive.

The researchers suggest that it is the polyphenols in coffee that contribute to its anticarcinogenic effect, with a significant impact coming from trigonelline in this case. In addition, coffee increases the plasma levels of enterolactone, which is associated with a decreased risk of ER-negative breast cancer.

For many women, including myself, this type of news makes coffee drinking that much more satisfying.

Many thanks to Dr. Li and his colleagues in Sweden!

Nicole Gray said…
thanks Alma! I find that the brown resonates...and the data are definitely encouraging!
May 25, 2011 at 2:23 AM

Anonymous said…
Yes, there have been some interesting research studies lately. Among the new findings;

These startling results are the product of years of pains-taking research and included double-blind placebo studies. Although, I understand that the study involving Asian Women involved less pain and several expensive dinners.
August 16, 2011 at 2:34 PM