Anthony Shadid almost died twice before he finally died from an acute asthma attack at the age of 43 while working in Syria. In 2002, he was shot in the shoulder in Ramallah, and then in 2011, he was kidnapped in Libya and held captive with two other reporters for five days. He lived to tell about both incidents and to continue reporting, with bases in Baghdad and Beirut. Throughout his career, during which time he was an international journalist at AP, the Boston Globe, the Washington Post, and the New York Times, he won numerous awards—including the Pulitzer Prize for International Reporting (once in 2004 and then again in 2010)--- for his coverage of the Middle East. His eye was trained on the humanity of the people in the countries he covered, as much as the geopolitical facts.

Shadid’s family immigrated to Oklahoma from Lebanon before he was born.  He developed a strong Lebanese identity that he explored in a memoir-in-progress, “House of Stone.” In excerpts recently published in the New York Times, Shadid wrote about the family’s homestead in old Marjayoun, which Is now Lebanon. He talked about the area’s history of deep family roots and strong traditions, as well as intermittent wars, famine, starvation and destruction.

The Shadid clan has been able to maintain a homestead, which translates into the word ‘bayt’ in Arabic, in Marjayoun, and Anthony has spent time there with his family. He was devastated in 2006 when Lebanon was once again involved in a war, and his family’s ‘bayt’ was wrecked. However, he made sure that over time the house was rebuilt. Renovations were complete in 2009.

One aspect of ‘bayt’ according to Anthony, was each family’s coffee tradition. He wrote, “Their possessions were few, but each family was said to have brought the wooden mihbaj, to prepare their coffee, and the iron saj to bake their bread. The very sound of grinding coffee was considered an invitation to anyone and everyone to come. Stay, it suggested. Seek shelter.”

The mihbaj can be used to grind coffee and also as a percussion instrument. It seems that if you only have a few things, it’s good to drink hot coffee and then be able to make percussive rhythmic sounds. When Shadid experienced his asthma attack, it was his third in the space of less than a week. He apparently was not in a position to use quick-acting albuterol as a rescue remedy to relieve his symptoms. Nor was he able to quickly drink a cup of coffee, which can temporarily improve airway function and ameliorate symptoms in a pinch. Shadid was trying to leave Syria on foot with his colleague. He was walking behind a horse---and the allergenic effect simply overwhelmed his body’s defenses. 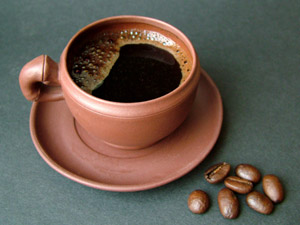 About a week before Anthony Shadid died, I happened to be watching CNN. I had never really focused on him before, but I actually stopped multitasking and looked at this handsome, vital reporter, whose brow was furrowed in concern and whose language was crisp. I looked at him intently and thought, "Wow, that's Anthony Shadid." His eyes were clear.  He was the father of a girl and a boy, and an incredibly gifted journalist with a true love of humanity.

Lisa W. Rosenberg said…
"The very sound of grinding coffee was considered an invitation to anyone and everyone to come. Stay, it suggested. Seek shelter."

This line gave me such a warm feeling inside. Beautiful. Thank you for telling us about Mr. Shadid.
February 26, 2012 at 6:03 PM