Born to be Alive


Today my family, along with many others, participated in a biking event in which we rode anywhere from 8 miles to 12 miles. The day was beautiful, the sun was bright and the event was well planned. I started my day with gluten-free, protein-enriched, organic steel-cut oatmeal and 4 cups of coffee, because FOUR is a magic number. (I’ll explain in a minute.) After that breakfast and a little early-morning folk-rock-soul-hip hop, I felt ready to take on the day.

One of the most compelling parts of being alive is a feeling of vitality. Modern dance icon, Martha Graham, often spoke of vitality. She said, “There is a vitality, a life force, an energy, a quickening, that is translated through you into action---and because there is only one of you in all time, your expression is unique.”

Though physical vitality is certainly desirable, vitality goes way beyond the physical. Indeed even in the face of physical challenges, vitality can be metaphysical. In general, vitality manifests itself as hunger for living—determination, persistence, concentrated energy, and at times, carefree unrestrained happiness.

Vitality means enjoying the subtle sensations of a natural landscape or the more immediate stimulation of cities.  Perhaps vitality for you means listening to the Brandenburg Concertos while sitting outside under a bright sun. Perhaps you feel vital while considering a painting by Salvador Dali or a chaise lounge designed by Mies Van der Rohe. It could be that Jay-Z, Kanye West, and Erik Satie make you feel vital and alive. Sometimes quietly cozying up with a novel evokes a sense of vitality. Or maybe your sense of vitality is heightened while driving through a town replete with Victorian architecture and charming storefronts. 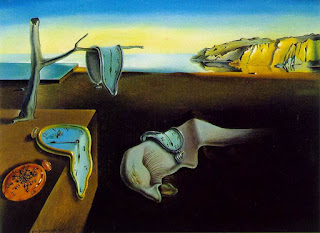 For most people, vitality is enhanced by the act of drinking coffee. A new landmark study published in the New England Journal of Medicine online on May 16, 2012, takes the coffee-vitality connection one step further. Data from a well-designed observational study shows that coffee drinking in and of itself makes you live longer.

The Evidence We’ve All Been Waiting For

The evidence has been mounting for some time. Still, a large study in the New England Journal of Medicine showing a mortality benefit is a breakthrough. Just reading the study quickened my pulse, confirming definitively and irrefutably that what I’ve known all along is absolutely true: Coffee is good for you and one way to enjoy lifelong vitality.

Anonymous said…
Banners cracked in the wind. Leopards and hunting dogs ran ahead of the horses as stags fled through the undergrowth. Branches drew closer, whipping the intruders’ faces, then parted. Snow heaped on the tops of trees collapsed and fell in a fine powder. Breathing more labored. Heart beating, fit to burst. Suddenly, there was a lake, a block of ice, a mirror on eternity.

In a single leap, my soul broke away from my body and launched itself into the sky.

Anonymous said…
An excellent post (I actually read it!), it sounds as though you're enjoying yourself. So many blogs are long rants.

Speaking of Art, check out the BBC series "The Private Life of a Masterpiece," on youtube. Quite extensive and quite enjoyable, quite.
June 1, 2012 at 12:22 AM

Anonymous said…
I was in the middle of a Mosh Pit for a Rage Against the Machine outdoor show once. The idea was that when the song began you would jump up and down and you would bang into others and they would bang into you.

It's hard to find the right words to describe it, there were more tham 50,000 people there and probably 5000 in the thick of the action. It was so intense that the band stopped the show several times because they were afraid of casualties. The energy, yes the vitality, of 5000 people jumping up and down at night, outdoors, in the summertime, was simply incredible. It was like a release of enrergy, a natural nuclear process, a super-nova, an expoding star.
June 19, 2012 at 1:47 AM

Anonymous said…
I watched the documentary called the; "The Woodmans," this weekend.
It's about a family of artists (2 kids and parents).

The younger child was a photographer who is now regarded as one the greatest artistic photgraphers ever. Her name was Francesca Woodman. I say was because, tragically, she committed suicide.

The documantary was enthralling because it not only went through the history of this family but it featured the surviving family members now. Time has passed since the daughter jumped off a New York building.

At first, one finds themselves indicting the parents, why didn't they help her, why didn't they do more, what was missing during her childhood that left her in this state of mind of hopelessness? And then, of course, you find yourself feeling compassion toward the parents, it's obvious that the father (at least) adored her and the sheer weight of tragedy obviously affects them. And then, amazingly, at the end the parents actually appear to be jealous of the success and extreme notariety that Francesca has attained (postumusly). So, you go full circle and the whole thing is compelling and interesting on many levels.

Regarding Francesca Woodman; yes, yet another tortured artist who is only recognized as the outstanding talent she was after dying. Howver, some people saw it, her classmates, her father, some industry people and you will see it right away if you watch this documentary. Right away, I'm confident you'll find these pictures stunning, disturbing (a bit) and obviously autobiographical, maybe she knew it was a legacy of her sadness.
June 19, 2012 at 2:15 AM

Nicole Gray said…
Thank you, Anonymous! ....for reading the post about coffee and longevity and also for your own critiques and commentary. I honestly use your feedback as a type of beacon for further social, cultural and literary exploration...all aided by coffee. Going to youtube "The Private Life of a Masterpiece" tonight. Cheers! Nicole

btw, a couple of questions for you before I go...

Is being in a mosh pit like raving? I've never been in a mosh pit, but I have raved---and it is a monumentally compelling, awe-inspiring human experience. And the music...is so intense and bpm-driven...

Also, how did you discover Shan Sa-Empress.

I suspect that a rave differs from a mosh pit, (or in this case not exactly a mosh pit, but around 5000 people moshing), in the level anarchy and degree to which things are spontaneously out-of-control. Traditionally, mosh pits are where young men throw themselves against each other and basically bounce off one another in a random, violent manner. The evening I've described was, perhaps, something in between a rave and mosh because of the number of people.

"Empress," is a book by Shan Sa, however her first book; "The Girl who Played Go," is considered to be her finest work and won several awards.

As you have no doubt noticed from the brief excerpts I've posted, the prose is just amazing and rather unique. Not surprisingly, she began as a poet and had her first work of poetry published at age 8. Yan Ni is her real name.

How did I come across, Shan Sa? By being aware, by not wasting time on the mundane, by looking for and attempting to be exposed to the beauty, rather than the shock value of modern culture.
July 1, 2012 at 2:45 PM

The mountains seemed to breathe. The mountains were sad; the mountains were happy. The mountains flaunted their furry coats of snow, their brocade robes, their sumptuous and extravagant cloaks of mist. The sky opened up vertically when dusk fell, all ochre, yellow and black. When evening came up from the valleys, the heavenly bodies revealed themselves. I would lie down in the long grasses: red, blue, green, sparkling, evanescent. Every star was a mysterious writing on the sacred book of the sky. Seasons passed, clouds drifted away and never came back.
July 1, 2012 at 2:49 PM