There are many interesting things to know about the Supreme Court. Any good docent will tell you that it was built in 1935, when Justice Taft insisted that the Supreme Court should have its own building---after 146  years of residing in various locations (including the Capital Building).

What is difficult to capture in words, however, is the ineffable sense of majesty of this building. The power of inclusive democracy, with all of its gravity and rigorous discipline. 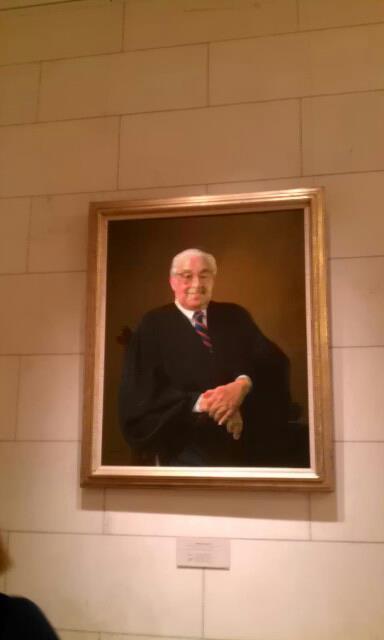 This is where Brown versus the Board of Education of Topeka was argued in 1954---the case which would eventually officially desegregate education, and change our lives forever. The karma of that decision and that energy lives in that building. You feel it like a strong breeze when you walk in, enter the front hall and see the portrait of Thurgood Marshall (the lawyer who argued the case and later became the first African-American justice.) With Chief Justice Warren at the helm, the court decided unanimously on May 17, 1954 that “separate educational facilities are inherently unequal.”

Architect Cass Gilbert designed the building in perfect harmony with the surrounding landscape using a classical Corinthian architectural style. It is the perfect setting for the serious judicial work that goes on here---of the 10,000 cases requested each year, 80 are heard. It is a great privilege to have a case heard at the Supreme Court.

While visiting Washington, D.C., we had the chance to visit the Supreme Court---a short walk from our hotel. The day was temperate, but somewhat sad, happening just two days after the bombing at the 2013 Boston Marathon. Cherry blossoms bloomed all around us as we walked down Pennsylvania Avenue resolute in our determination to stand in line so that we could attend an oral argument in the Great Hall. (Court was in session!) We had not had anything to eat or drink—including coffee. We were determined to get through security and hear the arguments. Coffee and food had to wait.

I went through the morning elated, but without coffee. As I sat in the Great Hall, my eyes filled with tears when I saw Justice Ginsburg, Justice Sotomayor and Justice Kagan sitting next to their male colleagues. The proceedings reflected that unique quality of judicial forbearance and spirited innovative determination to find the truth of the matter—based on principle, but willing to set precedent. All of this---and no coffee!

So later, when we had finally sat through the arguments, we went to the cafeteria, where we had a lovely lunch---including dark roast coffee. It was a low-key and healthy lunch---rice bowls, coffee, yogurt, salad---and we felt incredibly nourished intellectually and nutritionally.

The coffee was so invigorating that I literally felt as if I could spend the day touring museums. We stayed at the court for another hour, watching a film and hearing a lecture, and left feeling lucky to be Americans in 2013. 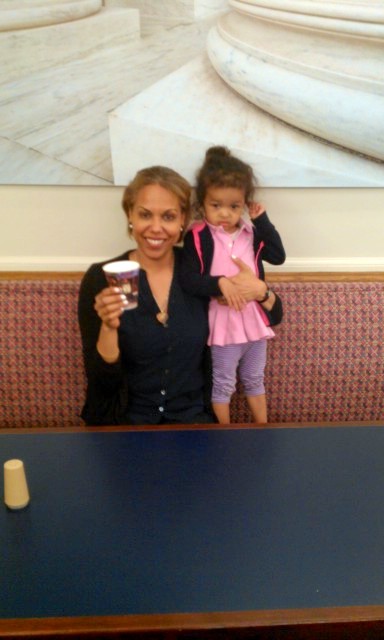 The takeaway on the coffee situation on the Federal Mall: There is no Starbucks, but there is always coffee---and it’s often good.