Want to Achieve Your Goals in 2014? Don’t Stop Drinking Coffee

One source of joy at the beginning of a new year is the sense that we get a clean slate. A chance to be kinder, work harder, to fulfill dreams and be healthier.

And while a common resolution to break bad habits (things like cigarette smoking, binge eating, hoarding, drinking too much and regretting it later, watching too much reality television, being overly engaged in social media at the expense of everything else…), you should not stop drinking coffee in 2014 (unless of course there is a compelling medical reason). 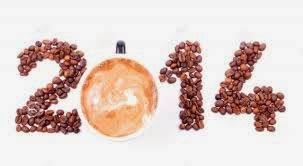 The Health Benefits of Coffee

Drinking coffee not only significantly decreases the risk of type 2 diabetes, Parkinson’s disease, Alzheimer’s disease, cirrhosis, and depression, but it is packed with antioxidants. Plus coffee is a good source of B vitamins. One serving of coffee contains 6% of the RDA of vitamin B5 (pantothenic acid), which supports the adrenal gland and functions as an anti-stress supplement. The same cup of coffee also provides 11% of the RDA of vitamin B2, which supports metabolic function, making our ability to digest proteins, carbs and fats more efficient. When you think about it, having a cup of coffee in the morning (hold the sugar and high-fat dairy creamers and milk) is like having a serving of vegetables.

Want to be more productive, alert of cognitively prepared? Want to burn calories more quickly? Drink coffee. Want to be part of a vibrant coffee-drinking community? You know what to do… 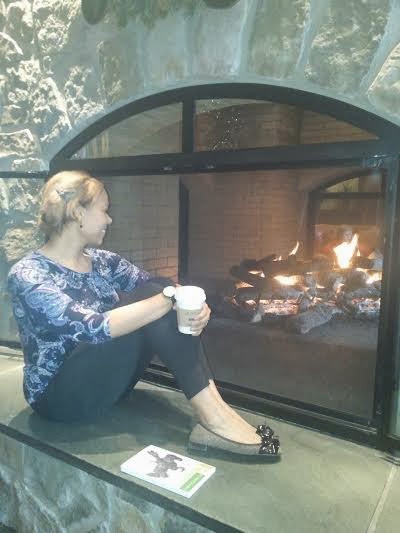 Drinking coffee is an anywhere, anytime, go-to activity that brings a sense of instant companionship. On New Year’s Eve, as we waited for the countdown to 2014, I drank half a glass of wine and then got up the nerve to ask my hosts for a cup of coffee. The hostess happily started brewing coffee and putting out mugs and saucers, while her husband offered a (surprisingly) delicious vanilla soy creamer. Our small group of celebrants emptied the pot in less than 20 minutes, as we chatted. We were warm and stimulated and buffeted against the below-zero temps outdoors.

Twenty minutes before the ball dropped, we did what millions of others were doing. We descended to the basement, sat on comfy sofas and channel-switched back and forth between NBC, FOX and CBS, watching as Ryan Seacrest smiled jauntily next to various beautiful women. Our young children pranced around in oversized 2014 sunglasses as glitter dropped all over the carpet.

Finally, it was time. 5,4,3,2,1---we swigged our champagne, hugged and kissed, and hung out a bit longer to watch Mariah Carey sing. It truly was a happy new year, full of good friends, good wine and champagne---and exceptionally good coffee.