The best part of wakin' up is Folger's in my cup. Really?

Admittedly, my blog has been moribund lately, compromised by the rapid rush of one ‘real life’ event after another. Nonetheless, I’m still drinking lots of coffee, and I feel better than ever.  But because of a recent coffee-related epiphany, I felt compelled to blog---so thanks for being here today.

First let me just say, coffee by any other name is---coffee. After all, regardless of the brand, the chemical structure of coffee remains intact, along with the healthy polyphenols and other cholinergic acids that contribute to coffee’s healthy effects.

That’s a good thing, considering the fact that I am an avid coffee-drinker, who happens to now be on a considerably more rigorous budget than before. In fact, if you asked me a year ago if I would be writing a blog post praising Folger’s, I would be highly doubtful.

But crazier things have happened. 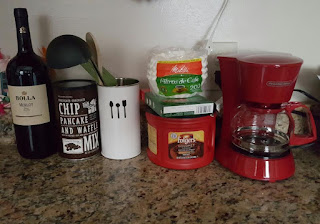 Folger’s is good. Is it worth waking up for? Yes, it is. Plus I have to wake up anyway. A year ago, Folger’s was some random brand with red packaging found next to Maxwell House. It was the thing you drank at restaurants that served coffee not as a gourmet, $5.00 per cup of perfectly brewed espresso and milk beverage, but as just coffee.

Now, however, I see that the world is bigger than Starbucks, Peete’s, Dunkin’ Donuts, and the little indie coffeehouses sprinkled throughout my town (Montclair, NJ). Had I seen that earlier, I could have a lot more savings. Not that I don’t still love Starbucks, but it’s a treat, not a daily ritual---at least for now. And given what I’ve learned, even when I am no longer so tightly budget-bound, I doubt that I will start brewing Starbucks at home because of what I’ve learned in the last 3 months.

I unwittingly chose the #1 brand

I did some research about what other people think about Folger’s. Numerous surveys from the last five years consistently show that Folger’s is the #1 brand in terms of home brewed ground coffee. Its dark roasts are considered reliable and even aromatic---and the price points are perfect for the budget-minded and those with discerning parsimonious instincts.

Earlier this year, SmartAsset ranked Folger’s #3 of five in its list of the top five cheap home-brew coffee brands, while a 2013 Bloomberg Business Week survey showed that Folger’s had a whopping 15.6% market share, compared with Starbucks’ meager 3.3% share.

The same article extrapolated the cost differential between drinking a six-ounce cup of coffee every day for a month---Folger’s versus Starbucks. A massive $25 difference, assuming you only drink six ounces per month. Now extrapolate that out to the average consumption in the U.S., which is 3.3 cups per adult. The cost savings is already moving towards $100, a startling $1,000-plus difference every year. 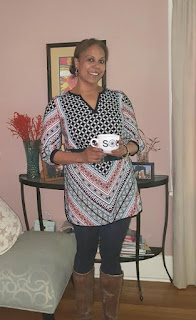 The Power of Branding the Green Bean

Branding, one of the buzzwords of the twenty-teens is at the heart of the question: “Why am I happy drinking Folger’s when for so long Starbucks was my one-and-only coffee brand , my deepest desire, my everyday habit, my much-needed fix…?”

According to Leonard Mlodinow, author of How Your Unconscious Mind Rules Your Behavior,brand preference is influenced by the confluence of various explicit (the need for coffee) and implicit (the impact of branding on ‘warm and fuzzy’ feelings located in the brain’s ventromedial prefrontal cortex (VPMC), factors. That’s the area of the brain that’s impacted by repetitive exposure to brand images, taglines and commercials. Price is also considered an implicit factor.

The idea of brand differentiation and loyalty as a psychological construct versus a reality is further reinforced by the business side of coffee sales. The corporation Smucker not only owns Folger’s, but it also owns Café Bustelo and has distribution rights to Dunkin’ Donuts ground coffee in supermarkets.

The upside of externally imposed thrift

So whatever you call it---thrift, being on a budget, spending less, or whatever, the reality is that one has to spend less money, be more mindful of resources and focus on value above brand consciousness. But there is an upside, as many philosophers and leaders have pointed out.

As Calvin Coolidge said, “Industry, thrift and self-control are not sought because they create wealth, but because they create character.” A sentiment expressed more than a millennium earlier by Cicero, who said: “Cannot people realize how large an increase is thrift?”

And so, as I embraced a ‘less is more’ approach to life out of necessity, I have gained in many ways---I’m much better at money management, grateful for home-brewed coffee that I can afford and enjoy and I’m leaner and lighter from having fewer lattes at night. So, thank you, Folger’s. You truly are worth waking up for. 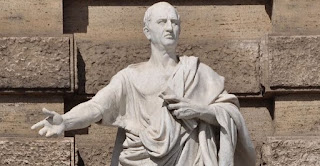 Tamara Payne said…
I try to fight the marketing mindset and go to independently own cafes, however what is the difference when you're spending $4-$5 per cup?! I, too, have put myself on a budget and drink nescafe instant coffee. I've gone the instant route because I'm tired of replacing coffeemakers.
June 4, 2017 at 12:45 PM

Would love to have you as a guest blogger---when you can take time off from working on your book...

custom writing service reviews said…
I am not an avid coffee drinker but i do like a good cup from time to time so i dont have a budgeting issue with it like you seem to have.
September 22, 2017 at 11:36 AM