It's been more than a week since we all celebrated National Coffee Day (September 29th). I say celebrated loosely, because for me the celebration basically focused on brewing K-cups at work, and drinking coffee to keep going so I could meet all of my deadlines for the day.

I wrote a lot of copy, but, alas, none of it had anything to do with coffee, except that one generic Facebook post that read like tens of thousands other posts: "Happy National Coffee Day!" (with the requisite link to all of the places that had coffee deals that day, including a lot of good BOGO offers, and some food add-ons (thank you Dunkin' Donuts for that awesome pumpkin donut). 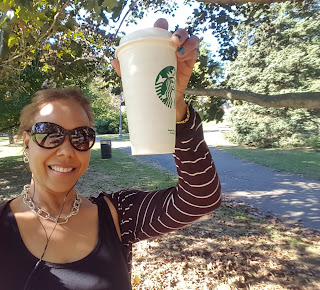 And thank you to all of the other places that had deals that day---Tim Hortons, Peet's, Wawa, McDonalds, Cinnabon, Starbucks, and Krisy Kreme. I've never been to Krispy Kreme, but I have to nod my respect in their direction. Krisy Kreme acknowledged that one day is simply not enough time to celebrate coffee---so they extended their offers through the weekend---until October 1.

Coffee and Fall---a Match Made in Heaven

In that vein, I hereby declare fall National Coffee Drinking Season. After all, it's perfect. What goes better with fall foliage than coffee (especially pumpkin spice coffee), and what goes better with coffee than earth-tone sweaters and crisp fall days? And how about coffee and apple crisp. It's very clear: Fall is national coffee drinking season.

That's not to say that coffee should not be celebrated year-round. The health benefits of coffee are constant, as is its ability to get us up and going, ready to take on the day and be our best selves. 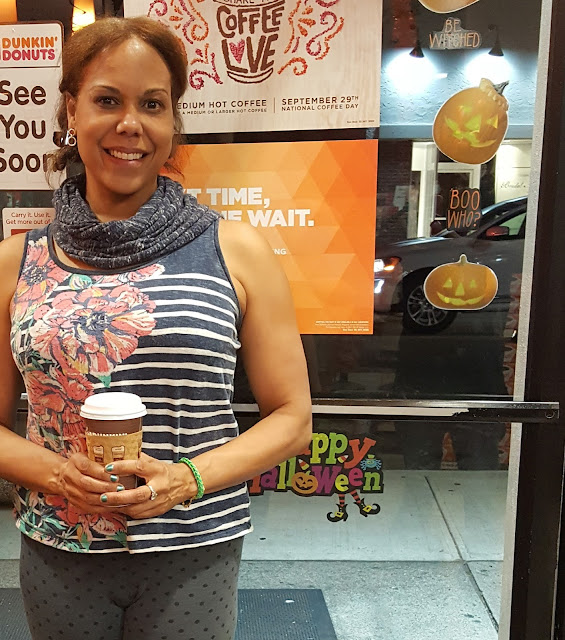 So I hope you had a good National Coffee Day---and I wish you a happy coffee drinking season. Bottom's up!

essay papers for sale said…
you are so beautiful nicole. and your blog is amazing. i wish i could celebrate national coffee day. you are such an inspiration. stay the same
November 7, 2017 at 1:19 PM