What do you think of when you think of July 4th? Parades, fireworks, fun in the sun, lots of barbecue and grilled veggies---and fair trade coffee.  Why not? 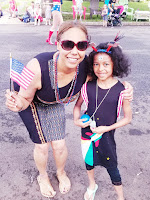 This year, the friends who hosted me and my family served up an amazing spread (as usual) replete with grilled lamb and chicken, hot dogs, grilled veggies, and roasted potatoes. I brought a vegan cake (from Asia B) and grapefruit San Pelligrino. We ate, we drank, we laughed, we swam in the saltwater pool, and then we ate more. Finally, it was time for coffee---but I was shocked to learn that everything, even Starbucks, was closed. (Gasp…what could we do?) 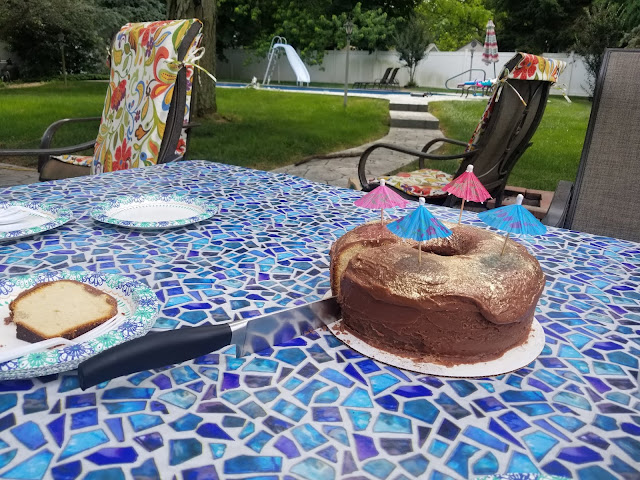 As it turned out the only option was to “brew” a coffee pod in an old-model Keurig---and I was happy to have it. The coffee was brewed in a large cup…and it was delicious.

At first, to me, it was just another box of k-cups---until I tasted it.  The coffee was an organic French Roast from the Rogers Family Company, a San Francisco-based company that has been around for 3 generations.  Not only was the coffee organic and delicious, but it was also a proprietary Fair Trade coffee.

What is Fair Trade and why does it matter?
The term Fair Trade has been buzzy for a while now, but behind Fair Trade-certified labeling, there is a history that has altered the course of hundreds of thousands of lives of coffee farmers in Latin America and the Caribbean---and the communities they live in.

Like all commodities, the cost of coffee is subject to wild fluctuations, due to weather events---such as frost, or supply increases due to coffee farmers implementing innovative technologies. So maintaining a base level price over the years has been difficult.

In 1988, things hit an impasse when the global supply of coffee grew exponentially, while demand remained steady---threatening the ICA’s goals to maintain a livable wage for coffee farmers. That’s when a Dutch organization, Max Havelaar, create the “Fair Trade” label, a form of certification for coffee grown in certain conditions, under specific provisions. Since the initial introduction of Fair Trade, standards and provisions have been updated. The latest update, in 2007, integrated provisions for improving the standard of living for coffee farmers.

Elements of fair trade include purchasing directly through a democratically organized farmer-owned co-op—with no middleman; establishing a “floor” price for the coffee purchased through a fair trade agreement; credit for coffee farmers extended by importers; and certification from a certifying organization—with importers and wholesalers covering the cost of certification. And finally, there is the consumer-facing fair-certified product labeling. This labeling communicates to consumers that this coffee was fairly traded.

Lazy summer days
The truth is that the Roger’s Company’s Organic French Roast (k-cup) is good, although I wasn't expecting very much from a k-cup brewed in a retro machine---but, I was a person in need of a cup of coffee. What a nice surprise: It tasted like a well-vetted French roast; so good that I had three more cups. A perfect drink for a somewhat lazy, very fun, summer holiday with friends.

My friend, Elina, had some as well. We had a great time extolling the virtues of this coffee (and Elina is quite frankly hilarious).  Take a look at our video. Hope you're having a great summer! 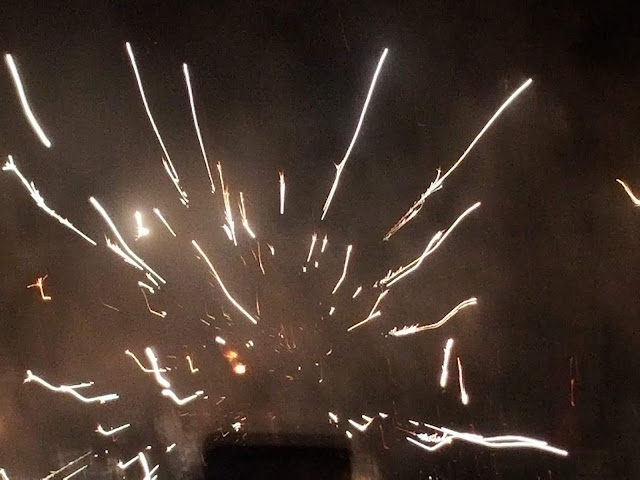 jessica said…
Omg so many things to respond to lol! First of all, so glad you had an awesome 4th! Second, your friend is hysterical -- but beyond that, I LOVE that you added a video to this post. Please do more videos! Third, the fair trade issue is very close to my heart. In college, I co-founded a group that successfully petitioned to get fair trade coffee AND chocolate on our campus! I even went on a "fair trade retreat" in Boston where a bunch of activists brainstormed, shopped fair trade goodies, and even got to meet actual fair trade farmers from Latin America. It's such a good memory and I still have artwork I purchased there! Anyway, this post was great -- so well-written as always, and beautifully informative. <3
July 10, 2018 at 5:15 PM

Christian Pflaumer said…
Gee, it sounds like a fair trade coffee is what I could have needed this morning instead of the delicious diner style brownish water stew at an otherwise lovely small inn in the Boston vicinity! Their continental breakfast could also need a bit more excitement.

But, hey, I don’t want to whine too much. I saw an awesome Neil Young solo show at Boston’s beautiful Wang Theatre last night, so a lousy coffee for breakfast (wait, I forgot, continental breakfast!) is nothing!

On a more topical note, I don’t recall having heard of fair trade coffe previously. It does sound like an interesting concept!

If I recall correctly, the Coffee committee became bogged down over the issue of Non-Dairy Creamer.
July 12, 2018 at 1:40 PM

Nicole Gray said…
Hi Jess, I had no idea that you had that much experience. A "fair trade retreat?" I think this is a perfect topic for a guest blog post. Would love to see the art. Maybe you could be in a video!

Nicole Gray said…
Christian, I bet the Neil Young show was AWESOME! When you go to Starbucks, ask them which blend they are brewing is fair trade. And sometimes you have to do, what you have to do. Diner coffee is still coffee after all. :)
July 12, 2018 at 5:13 PM

Nicole Gray said…
Hi 3.14....that's hilarious! Can you imagine if they had to consider whether the pancakes/flapjacks should be gluten-free? Or if soy milk and almond milk should be added to the "creamer" mix?