Can you drink too much caffeinated Zabar's coffee? Can't decaf get a little love?


Last week, I celebrated my birthday. Honestly, I didn’t expect much from my ‘pandemic birthday,’ given the challenges of getting together in groups, but it turned out to be an amazing day. My friends showed up for me in a big way—and when they showed up, they showed up with coffee. (Thank you, friends.) So now that my birthday is over, I have a lot of coffee to drink, and I am 100 percent sure that I can handle it.

For the last few days, I’ve been drinking Zabar’s coffee. Zabar’s, located on the Upper West Side of NYC, is well-known for its bagels, smoked fish, soups, and cheeses. It is touted as New York’s best Jewish Food emporium, but for many people, the coffee is the real draw--- Zabar’s sells 8,000 pounds of coffee per week. 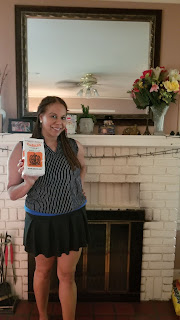 Owner Saul Zabar is an avid cupper, who personally taste-tests small-batch samples, especially from the light roasts, before the coffee is made available to customers. While watching a video of Zabar taste-testing the coffee and spitting it out, I thought to myself: “If I had that job, I would probably swallow all of the coffee."

Gesture of hospitality or insensitive presumption?

I consider offering a cup of coffee a meaningful gesture of hospitality. However, there have been times when I've offered people coffee in the afternoon, only to be turned down. Why? Apparently, many people cannot drink coffee after a certain time, because it interferes with their ability to sleep.

Did you know that how quickly a person metabolizes and/or tolerates caffeine is built into their genes?

According to data from Fitnessgenes.com, a company that optimizes an individual's genetic profile, 40% of people are fast coffee metabolizers, compared with 45% who are considered 'regular' metabolizers, and 15% who are slow metabolizers. Often slow metabolizers either cannot tolerate coffee or can drink only one cup a day---often experiencing jitteriness or anxiety if they exceed their personal threshold. In contrast, fast metabolizers, like me, can keep going all day and into the evening. 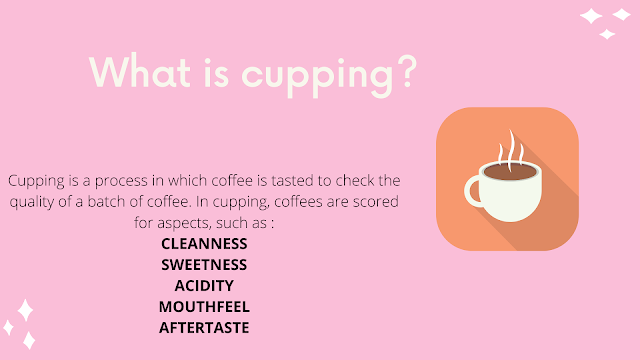 When you drink caffeinated coffee, the caffeine is metabolized in the liver and fully absorbed within about 45 minutes. It is metabolized by the CYP1A2 enzyme, which is part of a large family of enzymes known as the cytochrome P450 pathway. The activity of this enzyme is widely variable and largely depends on genetics, specifically the CYP1A2 gene, which is responsible for encoding the activity of this enzyme. Based on genetics, some people have a lot of CYP1A2 activity, while others have substantially less. However, genetics is not the only thing that determines CYP1A2 activity. There are other factors as well. 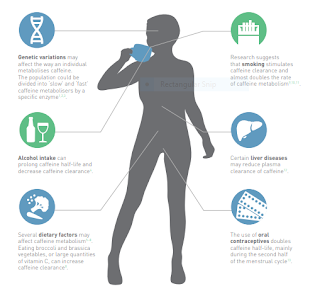 For example, many drugs are metabolized through CPY-450, including antidepressants, antibiotics, anticoagulants, antipsychotics, anti-inflammatories, and others.

These drugs compete for the same pathway as caffeine, slowing down metabolism. Pregnant women tend to metabolize coffee very slowly, especially in the third trimester when overall metabolism slows down.

Caffeine has many health benefits. It detoxes the liver, cleanses the colon, stimulates hair growth, decreases the risk of neurodegenerative diseases, and the list goes on. But, roughly 15% of the population have a low tolerance for caffeine. In addition, those with chronic anxiety, cardiac arrhythmia, or extreme insomnia should limit caffeine consumption.

The good news is that decaf coffee still has some health benefits because of the antioxidants—so drink up! Drinking decaf is nothing to be ashamed of. Cheers!

unknown said…
Very efficiently written information. It will be beneficial to anybody who utilizes it, including me. Keep up the good work. For sure i will check out more posts. This site seems to get a good amount of visitors. Swiss water decaf coffees
June 25, 2021 at 6:03 AM

ROCKY said…
Swiss water process I admire this article for the well-researched content and excellent wording. I got so involved in this material that I couldn’t stop reading. I am impressed with your work and skill. Thank you so much.
June 29, 2021 at 1:12 AM

seo doctor said…
Very efficiently written information. It will be beneficial to anybody who utilizes it, including me. Keep up the good work. For sure i will check out more posts. This site seems to get a good amount of visitors. Coffee Roaster Tennessee