What Time is It? It's Time to Drink Coffee (8 o'clock coffee)

And that’s how Eight O’Clock Coffee got its name. 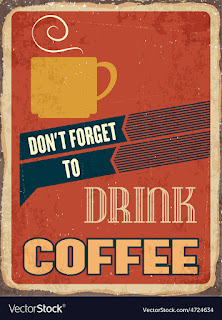 The Eight O’Clock billboard was designed by visionary advertising executive, Douglas Leigh, who is considered the architect of the always-lit, constantly moving, larger-than-life Times Square.

Hailed as the apex of mid-20th century advertising, the steam-spewing Eight O’Clock billboard was the precursor for the hyperreal, 11-600-square foot Times Square that is so brightly lit-up and kinetic that it practically generates its own microclimate, as bright as the brightest day, along with the ever-present frisson of nonstop advertising. 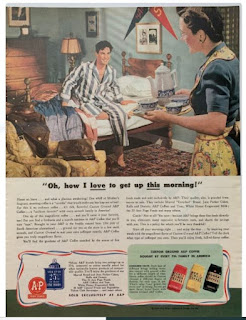 So how does it taste? Eight O’Clock Coffee is a perfectly suitable breakfast coffee. Given its intense depth and neutral disposition, adding a little hazelnut or vanilla bean flavored coffee to the mix makes it just right. So is 8 o’clock still the most popular time to drink coffee in the morning and at night? It depends on who you ask.

Given the advent of digital technology, it is possible to work at any time of day or night, which means that drinking coffee makes sense whenever you want or need it. That’s why I call it “drinking coffee all the time.”

There is also the issue of cost vs value. According to “Smart Asset,"--"Eight O’Clock Coffee is the #1 cheap coffee brand in the U.S. According to the writer, by Emily Glebler, "Eight O'Clock Coffee has an underground popularity unmatched by any brand on this list. (Note: The list included add here). Not only is is inexpensive, but it's also one of the most beloved coffee brands in the country."

According to Glebler, Eight O'Clock Coffee costs around $6.28 per pound---15 cents per cup.

In my opinion, if one is trying to save money or be budget-conscious, Eight O'Clock Coffee is the perfect marriage between price and value."

Here is a little humor from Jason about the random cost differentials of coffee.

Enjoy your coffee and have fun soaking in the summer rays!