As American as Apple Pie---Starbucks at 40 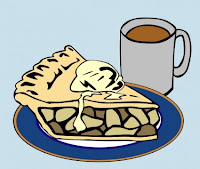 It’s the 40th anniversary of the incorporation of Starbucks…and in celebration of this seminal time, Starbucks has introduced the “Tribute” blend…which is incredibly bright, with nice bold overtones. I like it both hot and cold…In tribute to the 40th anniversary of Starbucks, this post is dedicated to them. Arguably, the Starbucks experience, which incorporates an appealing lexicon, pleasing physical lay-out, music-drenched ambiance, and access to world-class newspapers, embodies the highest ideals of bohemian culture. Yet, Starbucks is a well-run corporation, with CEO Howard Schultz, CEO, at the helm as a benevolent and savvy business icon. To its credit, Starbucks’ corporate governance has led to such widespread recognition that its good works are lauded throughout the business community.

The story of how Starbucks became “Starbucks” is legendary and interesting from both a cultural perspective and a business perspective. Howard Schultz became Marketing Director of Starbucks in 1982, when it was still a bean company. While meandering down a street in Milan during a break from a professional conference, he decided to stop for espresso at one of the more than 200,000 espresso bars in Italy. He was riveted by what he saw, heard, and felt. People were talking, laughing, reading, and otherwise productively engaged---and he himself found the atmosphere both relaxing and stimulating at the same time. The epiphany was immediate. His goal: To export this phenomenon back to the United States. In retrospect, that he succeeded is in some ways remarkable.

In the early 1980’s, the United States was not an obvious target for a nationwide coffee chain. There were a slew of negative reports about coffee and caffeine in particular being not only unhealthy, but associated with cancer and other diseases. The popular taste tended towards soft drinks and sugary juices, and there was no large-scale precedent---especially outside of large cities---for just hanging out, reading, and drinking coffee. But Schultz succeeded in taking the “mystery and romance” of the coffee experience and making it a tangible reality in the United States. One of the main marketing principles aimed at an aspiring middle class was the idea of acknowledging and elevating individuality by making individual espresso and coffee drinks specified to customers’ desires. Add to that the integration of Starbucks’ music, book, and film enterprises, all within the context of a comfortable, edifying atmosphere, and the appeal becomes readily apparent.

Day in and day out, we congregate at Starbucks--for business, for pleasure, for rest and stimulation; alone or with friends, partners, and children...these are the days of our lives. And where we spend them and how we spend them matters. That's why I choose coffee---every day!

Joi said…
HI!!! My name is Joi Dupre and I have been looking for Angel Williams for many years!! We were great friends back in Miami in the early to mid 90's and after my divorce in 2000, we lost touch!! Can you please forward my contact information to her!! It would be GREATLY appreciated! Thanks!! joidupre@hotmail.com
June 3, 2011 at 4:21 PM

I will make sure that Angel gets your contact information!!

Anonymous said…
At first, when I saw Starbucks and the number 40, I thought you must be discussing the price of a Mocha Frap w/ a double expresso shot. I confess sometimes I only have time to read the nouns (in your missives) and have to come back later to read the verbs and prep. phrases.


Starbucks has all the qualities you've mentioned and is also a hell-of-good place to meet persons of a gender which interests you (so I hear). My advice is to assign a nickname to these potential conquests immediately, such as; "Mocha Girl" or "Pappy Frappy". It keeps the mood as light as a House Blend.

Anonymous said…
I believe they already had 4 stores when Howie came to the company.

Good Coffee, check, a good place to meet and greet, also check but so is every good coffee house.

As a company, not so attractive. Go try to figure out how they got from a negative Current Ratio to a positive one over the last few years, I dare you.

They are now at the point where Walgreens and Comcast are: they can only grow by raising prices. Buy the coffee, short the stock.
Howie has 16 million shares he won't mind, the ends are already meeting like a m...f...
June 26, 2011 at 4:28 AM

Nicole Gray said…
Anonymous 1: I love the idea of naming the people you meet at Starbucks! It is the ideal 3rd space. Good health in coffee to you!

Nicole Gray said…
Anonymous 2: Interesting point about the earnings prospects...how about diversifying their offerings away from coffee and taking on other merchandising opportunities...perhaps this is one way to still improve margins (albeit marginally) w/o raising coffee prices! Thanks for your comment...Nicole
July 4, 2011 at 12:22 AM

Well, SBUX Hoodie, obviously. Mark Zuckerberg could buy one, and then everybody would need one.

The highest margin food businesses are Pizza and Hot Dogs (fat tastes good). Unfortunately, I just read Howie likes his Pizza with Oysters, so Pizza is out, (those Seattle people have some kind of different world goin' on).

How about a Marijuana dispensary? Few things go better with a cup of Joe, errr, um, so I hear. BTW did you know that the phrase; "cup of Joe" was coined in honor of Joe Martinson founder of Martinson's Coffee? I guess you did.

Anonymous said…
I think that "as american as apple pie" needs to be retired as a saying. Although, "as german as a frankfurter" is still one my favorite phrases to use at dinner parties and family gatherings.

Justin L. Brown said…
Researchers testing the social personality set that Darwin-Evolutionism is demonstrated science are starting to stand up - in spite of the results from pioneers of society: to educators who uncertainty and dare talk about "Keen Design"- removal from instructing (late narrative "Ousted"); a century back apprehension of outcomes brought on experimental monsters Einstein and Walcott to do the "inconceivable" (see Ezine Article "From Darwin-Evolutionism to Intelligent Design - Inevitably!"). Ribonucleic acid, familiarly
March 18, 2016 at 2:36 AM