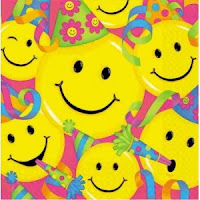 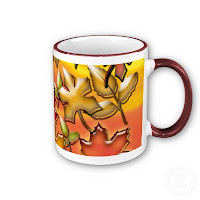 Fall 2011: Archives of Internal Medicine publishes a study, which in turn, is picked up by media outlets everywhere. The proclamation: Coffee reduces depression in women!

What’s new, however, are the data---and the continuation of a longstanding study of women from the Nurses’ Health Study. Researchers found that over a 10-year period, women who drank coffee had less self-reported depression. That is 2 to 3 cups per day was associated with a 15% reduced risk of depression, compared with drinking 1 cup or less. Drinking 4 or more cups increased that benefit---and reduced the risk of depression by 20%.1

For the record, decaffeinated coffee did not have any impact on the risk of depression.

Fifteen years ago, the Archives of Internal Medicine published a similar study. They looked at 86,625 women between the ages of 34 and 59 over a 10-year period. The period of analysis was from 1980 to 1990---and the endpoint was suicide---a very severe outcome associated with depression. In this study, women who drank 2 to 3 cups of coffee a day were 66% less likely to commit suicide, compared with non-coffee drinkers.2

Looking at this data side by side, I was curious about why the researchers were more interested in suicide than depression during the earlier analysis. Depression in the recent study was defined as feeling self-reported depression or being on antidepressants. I suspect---and it’s just a hypothesis—that the widespread availability of antidepressants AND access to coffee in a community setting in places like Starbucks has allowed people to address their depression more effectively than in the past. Good pharmacology and a communal coffee culture has helped ease our pain, be it chemical, existential, or circumstantial.

The idea that coffee helps people be less depressed is intuitively understood by the hundreds of millions of people who enjoy it every day. We are more productive, alert, engaged, and energized for the task at hand. Yes, it is largely due to the caffeine---in fact, 80% of all caffeine consumed is consumed in coffee. But I believe that there’s more: There is the power of community. Drinking coffee together. Then going out for a walk---and enjoying the gifts of the season.

Here are some other ways to reduce depression;

Never accept a poor table at an expensive restaurant.

Never correct someone who thinks your famous.

Never debate someone who is emotionally attched to their position.

Never run out of Ice Cream.

Never go to the movies without getting the largest popcorn available no matter what the cost.

Never conduct a Shinto ceremony without a large audience.

Never be "just friends" with a beautiful 26-year old.

Never admit that you can't bowl.

Never let someone take a picture of you smoking.

Never wear short sleves and any kind of tie.

Never be the one missing from the team/class photo.

Never drink champagne from a bottle unless you just won a car race.

Never let someone who would never date you set you up on a date.

Never wear Blue Jeans someone else has worn.

Never tell someone they have a sunburn.

Never let someone say to you; "this snow isn't going to shovel itself".

Never linger in a doorway.

Never let anyone guess your age.

Never give yourself a nickname.

Never wonder if she/he sees you.

Never respond to a critic in writing.

Never attend an event without an exit strategy.

Never pass up the opportunity to give a dollar to someone who needs it and asks politely.

Never turn down an invitation to dance.

Never be the first one to go home.

Never pack more than you can carry.

Never eat the same meal twice in a row.

Thanks for the kind words.

I like your posts. I find them interesting, informative and frequently understandable.

You remind me of something that was said about Frank Lloyd Wright; a person who knew Wright once described him as being "200% alive."

Speaking of F.L.W. You have one of the great examples of his work in NYC; The Guggenheim. Wright's design was meant for people to walk down from the top in order to see the collections. For some strange reason, the current staff designs the exhibits so that people walk up to see them.

Oh well, I think he gets the last laugh. What do people remember after visiting the museum, the artwork hanging in the building or the work of art that is the building?
October 10, 2011 at 12:21 AM

Nicole Gray said…
Thank you for the compliment, anon. I think that you are 200% correct about the Guggenheim, btw!