Finding Balance With Coffee and French Fries, Finding Joy Outside of your Comfort Zone ---and Goodbye to Arthur Sulzberger

You know when you wake up at 9:47 thinking it’s 7 am, it was a late night. That means that drinking coffee becomes a late-morning experience, rather than an early-morning, the birds-are-chirping and I’m chipper experience.

Today’s coffee feels a little different because of last night’s pub food.  While the idea of drinking coffee all day long is normal, the idea of eating fries for me is a once-in-a-while experience. Last night I ate fries, drank half a pint of cider and danced to rock and roll at a bar in Middlesex. It was very interesting and lots of fun. There was no coffee---and no skim milk. So it was a paradigm shift, but the band, Road to Ruin----was amazing. Seriously, it was impossible not to dance. Until the wee hours.

Back to the pub food….We’re basically talking chicken wings, soda, and french fries, except in my quest to be healthy and eat clean, I ordered tilapia—which was literally doused in butter. Overall, the food was cooked well and the service was impeccable. And by midnight, when I had been dancing with my friends all night in my black Yoanna Baraschi dress and my structured Ugg knee highs, who cared that I ate a few fries anyway? Once in a while, you have to let go. 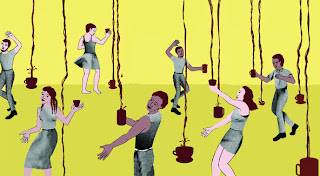 The good news is that assuming you are living an overall healthy lifestyle and you have an occasional night out at a pub, drinking coffee can help tip the balance in your favor.  In a 14-year study of more than 400,000 coffee drinkers, published in the New England Journal of Medicine  in May 2012, men who drank 2 to 6 cups of coffee were 10% less likely to die during the study period, and women were 15% less likely to die, assuming that they also drank between two to six cups of coffee. Researchers implicated the 1,000 plus compounds found in coffee as the life-enhancers, though scientists still cannot clearly say exactly which components convey which benefits. 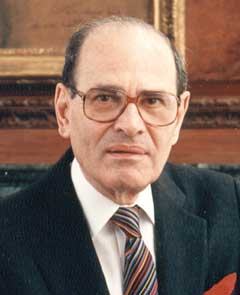 When I finally sat down with my first cup of coffee today (Starbucks Anniversary Blend brewed in a Gevalia), I read with great interest about Arthur Ochs Sulzberger (1926-2012), who died yesterday.  He not only expanded the NYT during his tenure---which included periods of noteworthy financial distress, but he also stood up to bullies who wanted to curtail coverage of Vietnam and widely supported journalistic freedom and excellence. Under his 30 year “reign” the paper won 31 Pullitzer prizes. Today, I drink coffee in his honor. 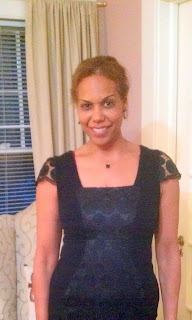 We here at the World Headquarters recently took a break from splitting Atoms, stacking things on top of other things and creating unplanned explosions, to take a brief trip to a Winery. The Winery is owned by the the lead singer of the bands; Tool, A Perfect Circle and Puscifer-Maynard James Keenan. For many of his fans this is like a pilgrimage to Mecca,(the next time you go to Mecca, remember to walk to the right, to go the right is to go with God).

Anyway, along the route, one of the staff spotted a group of buildings way up on the side of a mountain, in the distance. We chided; "who would be crazy enough to live up there?" Well, as it turned out, that very place was our destination.

It turned out to be a sort of Hippie community, filled with gift shops and art galleries of various odd and interesting types. And, so I'm told it is not unusual to see someone riding a mule down main street.

We located the tasting room and availed ourselves. Now here's the interesting part...ready? OK. The guy behind the bar, at the tasting room had met MJK because he had a Cafe, and his Cafe was a success because (Coffee part coming up!!!)........he had the first Expresso machine in those parts.

Nicole Gray said…
Pi---I am endlessly fascinated by your encounters with coffee--and the things that you are able to share when you are caffeinated, or post-caffeinated, as the case may be.

I knew a guy named Fritz, and his wife was known as Punch. Fritz and Punch. I've forgotten so many names or they just don't come when called, except for Fritz and Punch.

Fritz had Leiderhosen which he would wear on trips into the wilderness. He had a shower installed in his office because he used to ride a bike 20 miles to work every day.

He would drink a pot of super strong coffee and smoke 2 packs of Cigs every day and he was built like a rock fortress.

Anyway, I did have something to add to the coffee related discussion (believe it or not!).

Has anybody tried the new Coffee-Mate all natural ingredient product, called; Natural Bliss?

Take a gander at the what is in the regular Coffee-Mate sometime. You won't be happy, if you care about such things. Then welcome to your heart with open arms the wonder of Natural Bliss, which has the following stuff in it;

Milk, Cream, Sugar and Natural Flavors. 4. Count 'em. 4. That's it. And very few syllables. The more syllables, the more you want to start freaking out, if you know what's good for you.

There are only 2 kinds of Natural Bliss, so far, (assuming you don't count sex or finding a $20 in your pants pocket). There's Sweet Cream and...whatever the other one is, I haven't tried the other one yet.

At least it appears to be good, we can't vouch for them. If they paid us, maybe. Or, if they provided the Institute with snacks, then we'd vouch the hell out of them.
October 4, 2012 at 1:24 AM

"i was so moved by the first few notes i had a tear in my eye.......it just filled me with so much﻿ joy. I can just picture myself standing in paradise as i watch the world go by and this playing in the background..."

and other similar sentiments.

Conductor Georg Solti and the Chicago Symphony, were considered the best in the world at the time of this recording.

This piece, written by Mahler in the blush of love for his new wife, is featured in several films, including; La Maitre de Musique and Tampopo.
October 8, 2012 at 6:05 PM

Go to Whole Foods, (you can see real Hippies there, although they have grey hair now), and get an Organic Tater.

Put a small (this is important), a small amount of Butter (the Organic version, the other junk could make you die) AND Olive Oil in your skillet.

Then fry them fries.

Salt liberally while cooking (Organic Sea Salt, but of course). Pepper if you choose.

Ok, now you've got Fries, they aren't deep fried in fat, however they taste just the same (better really).

You, yes you, I said you, can make Fries in the snug convenience of your own Labratory.