In March 2012, my friend Gene Conklin died in his mid-40’s of cancer. His cancer was a direct result of 9-11 exposure at the site of the World Trade Center, where he and his girlfriend were spending the morning. He was part of the World Trade Center Health Registry. When Gene and I were in college together in Middlebury, Vermont, we spent lots of days and nights drinking coffee---lots and lots of coffee. We were hyped up on learning new things and being politically left wing. In fact, I often called him “Comrade Conklin” and he called me “Comrade Gray.” We were surrounded by lots of agitprop posters—a type of random kitschy artifact that I glommed onto as a Russian major. We listened to folk rock, hip hop, trip house and bits of Bach here and there.

Time passed and we got older.  We were both indelibly affected by 9-11. He more so than I, we would later discover. For me, 9-11 made me aware of my own mortality and that of my then-boyfriend, now husband, whose office was right smack-dab in the middle of the financial district. We decided to start a family and grow up, finally.

Gene’s experience was different, as he explained to me more nine years later in a facebook message, which I am sharing with you now:
9-11-01 = Exposure to the toxic cloud of carcinogenic debris from the WTC (standing about 2 blocks away)
10-13-01 = first sign of cancer noticed by me as I am leaving from a "going-away party" but which I misinterpreted as a muscle pull
10-14-01 = moved with my then gf from Brooklyn Heights, NYC to Pittsfield, MA in the Berkshires. Upon arrival, I worked renovating an office space as an independent contractor for a few months and started to become incredibly fatigued each day.
01-09-02 = diagnosed with testicular cancer which was spreading to my lymph nodes and beyond at the time. I speculate that I breathed in a massive amount of asbestos fibers on 9-11-01 as well, which explains my loss of lung capacity, but this has never been confirmed or denied. (It requires a special kind of x-ray examiner to determine this sort of damage) I have a great deal of knowledge about asbestosis and mesothelioma cancers because the law firm I worked for in NYC was the foremost litigator of these claims in the entire USA.
01-09-02 to 05-01-02 --- underwent a rigorous chemotherapy regimen
06-01-02 --- moved to North Adams, MA, just up the road 20 miles from Pittsfield, MA
06-01-02 until the present time - various health maladies but no recurrence of cancer yet.
Prior to 9-11 I had never had any serious health problems. I am a currently enrolled member of NYC sponsored, The World Trade Center Health Registry.

Gene was a political pundit—a true revolutionary---whose political commentary and analysis was worthy of publication in the New Yorker or any other high quality publication. He understood statistics, history and the sociology of politics. He reviled injustice, racism and hypocrisy. He was a singer/songwriter and a top-notch writer. His lack of ongoing commentary is a screaming absence on facebook---as many of his friends and family will attest.

Gene and I were slated to see each other after a 20-year break in April 2010 in North Adams, Massachusetts, in the Berkshires---the place where he ended up spending the last years of his life---and a place that my family has been vacationing for many years, and where my grandmother spent many happy summers as a child. We were surprised by yet another aspect of our shared history. We were planning on having coffee. However, I received a note from him on facebook with the title, “Worst Timing Ever!” He could not make it, he explained, because he had become very ill again. He had been cancer free for 8 years and was not feeling well at all. In fact, he had been rehospitalized.

The thing that I should have done is brought the coffee to him in the hospital, and I believe that he would have allowed it if I just pushed hard enough.  Being there would have mattered---a fact brought home to me by a recent review of Christopher Hitchens’ “Mortality.” Hitchens, a stalwart and pugnaciously brilliant nonbeliever, wrote: “Another element of my memoir-the stupendous importance of love, friendship and solidarity—has been made immensely more vivid to me by my recent experience. I can’t hope to convey the full effect of the embraces and avowals, but I can perhaps offer a crumb of counsel. If there is anybody known to you who might benefit from a letter or visit, do not on any account postpone the writing or making of it.” 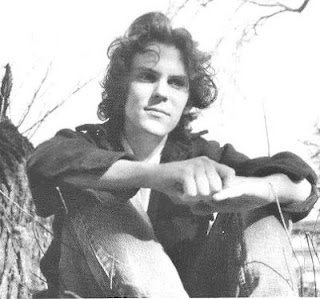 I wish I had read these words a long time ago. I would have found Gene and come running—coffee in hand---to see him at least one more time. Rest in peace, Gene Conklin.

In the USA, we have a TV show called; "Dancing with the Stars." It's something I don't personally watch, although I will admit I watched a couple of the episodes when Stacy Keibler was on the show.

In Russia, there was a similar show recently. The Russian version featured 8 couples;

The men: all former World Champion Figure Skaters (some were also Olympic Gold medalists) in either Singles, Pairs or Ice Dancing.

The women; all Prima Ballerinas (Principal Dancers) at major Ballet Companies, including the Kirov and Bolshoi, among others.

Rather than do the Ballroom dances they had top choreographers create original dances lasting 3 or 4 minutes to modern music (for the most part).

The exciting thing is to see the great Russian Ballerinas performing in a setting that is thoroughly outside of the normal book of dances. They are exquisitely gifted, trained and utterly mesmerizing in their movements.
September 9, 2012 at 8:39 PM

Nicole Gray said…
Thank you, Pi, for your interesting approach to comfort and condolence. Perhaps I will check it out on youtube. The interesting takeaway for me here is the idea of growth. Taking in new ideas and pursuing new modes of activity (while staying focused on the productive mainstays of one's life, of course).

Pain and uncertainty are evergreen features of everyone's life, but onward we go. Drink coffee and be well.
September 10, 2012 at 8:46 AM

Joe the Novelist said…
This is a beautiful and touching post about your friend Gene. When I first read the Hitchens quote recently, it made me think too. There's so much truth in his advice.
September 14, 2012 at 11:47 AM

Pi--that is profound re: the party.

Unknown said…
I had no idea. Gene was my college boyfriend and the love of my life. I'm sure many girls could say that because he was just that awesome. He introduced me to Neruda and REM and the Naropa institute. He wrote me two songs, Luxury and Pamela,that I will cherish forever. Goodby Gene. I will always love you.
February 19, 2019 at 6:39 AM