- August 22, 2016
Sunday, August 21, was a full-spectrum summer day: bright, hot sun in the morning, followed by an uncomfortable onslaught of humidity in the afternoon, until the sky opened and it rained. Then finally, we had a perfect summer evening, with a mellow post-rain vibe in the air, a cool breeze blowing and the anticipation of nighttime.

That was the context in which Mountie’s Eatery had their soft opening. My first impression was that this is a pleasant, clean, well-organized space, despite the fact that not all of the ingredients are in, and some of the final touches are still to come. That’s why it’s called a soft opening.

Mountie’s Eatery, which is named after the Montclair High School’s Montclair Mounties, looks like it could be a chain, but it’s not, according to the owner Sam, and his son, Omar. Sam owns a restaurant in Warren, NJ—the flagship location for his unique style of eatery---called Pita, Grill and Crepe. He also has several restaurants in Pennsylvania.

The basic concept behind Mountie's is savory plus sweet. It's the kind of place where you might order a chicken/spinach/hummus crepe for dinner, followed by baklava and Lacas Fair Trade coffee---a coffee that Sam says is "a quality coffee at a decent price."

Whatever happened to Manhattan Bagel?
The Manhattan Bagel Company, which formerly occupied the 250 Bellevue location, didn’t have a chance. It is a chain. There are better places in the neighborhood to get bagels---good, homemade, bagels and good coffee at locally owned shops. I refused to even walk in to M.B. It was empty most of the time. The only people who dared go in do not live in Montclair.

The fact that the franchiser had the chutzpah to roll in and open up shop right next to Java Love, a café that has been in town for about four years and just opened a location on Church Street, was insulting in and of itself. But in the end, it was poor judgment and doomed to fail.

Sam made a decision to name his new eatery “Mountie’s” as a nod to the community. “I did not want to directly compete with the established hummus/pita places in Montclair,” he said. “They have good offerings and we want to complement what’s available in the neighborhood,” he said.
Jackie’s Grillete, Falafel Hut and Four Seasons are all established and get plenty of foot traffic. You can see the bustle on their outdoor patios as people eat their falafel sandwiches happily. Mountie’s in contrast brings a different offering (and will also have outdoor seating).

Satisfying a needy palate with quality offerings
Of course, there are Mediterranean/Middle Easter pita-enclosed offerings at Mountie’s. They serve these things, along with lamb burgers, grilled chicken sandwiches on brioche with avocados, greens topped with apples, walnuts and veggies---and a fruit smoothie for your kid.
There is fresh fruit in a large bowl on the counter, along with beautifully displayed baklava and little decorative jade lions adorning the counter.  And the main supporting column, which happens to be next to the coffee/drinks counter is a blackboard where kids (and adults) can doodle and draw and get creative any way they want to.

Mountie’s is actively engaging with customers as they come in, seeking feedback. Honestly, the quality of the food alone is enough to make people come back again, even though Mountie’s is clearly in ramp-up mode trying to get ready for the increased foot traffic that will come as temps cool down and people start to spend more time at the Bellevue Theater in the evening.

Some bonus offerings…
A couple of major bonuses worth mentioning: Mountie’s has wifi, two televisions hanging overhead (the television thing though me a bit admittedly…They will probably be off much of the time I suspect). And then of course, there’s the blackboard---and the location. Of course.  I predict that Mountie’s will be a wonderful place to sit, have a hot coffee and watch the leaves turning. 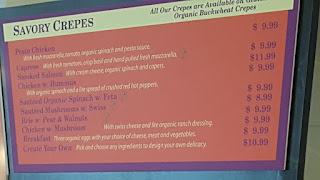 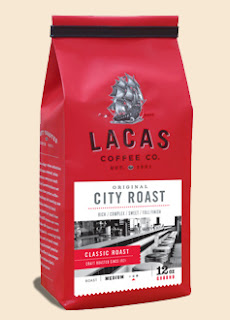