Drinking coffee at a British pub


According to the British Beer and Pub Association (BBPA), there are 10,500 pubs in the U.K.  Pubs are an important part of British culture. They are known for their warmth, coziness, and camaraderie, as well as their drink and menu of savory foods, including ‘pies,’ chips, burgers, salads, and rich, deeply satisfying desserts. 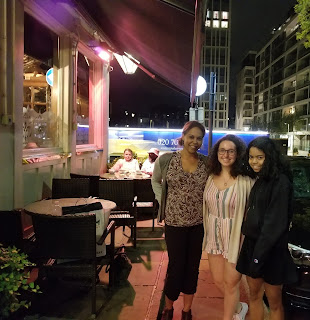 I don’t really go to pubs very often (though I remember going to some nice ones several times when I was a student at Middlebury). However, during a recent trip, I decided that when in London, one must experience British pub life. I simply concluded that while I could happily spend all my time at cafés, I didn’t want to miss out on such an iconic experience.

I chose Warwick Arms, located at 160 Warwick St. in Kensington, because it was close to my hotel and had an interesting twist (which I will get to later).  It did not disappoint. The interior was welcoming and warm, outfitted with leather tufted chairs, wooden tables, and a fireplace.

Warwick Arms has a menu full of options---traditional British pub food, drink, North Indian curry (who knew?), and COFFEE. That’s right---coffee! I was so excited, and boy was I hungry after a hard day’s work of being a tourist---walking, visiting the British museum, watching the changing of the guard at Buckingham Palace, and contemplating the fact that Stephen Hawking was recently buried at Westminster Abbey between Sir Isaac Newton and Charles Darwin. 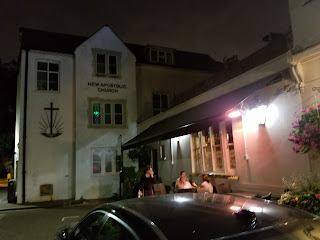 Pubs are not for dieters, and when you go, you must be prepared to be tempted by all of the appetizing options. I had a chicken saag dish, a few sips of my friend’s rosé, a heaping portion of naan, and  A LOT of coffee. The entire meal was super-delish and surprisingly affordable.

I ended up paying roughly $40 for 2 large entrees, a starter dish, and a lot of coffee---an amazing deal found right in the heart of London(!) Pubs are not only a great value, but they are a perfect setting for a nice night out. Wouldn’t have missed this for anything!

Check out my vlog review here:

jessica said…
North Indian food at a British pub -- who knew?! I have Indian food probably once a week! My favorite dish is chana masala. However, NOTHING compares to a good samosa! I've only had South Indian food once -- some delicious dosas -- the spices are very different and distinct. Anyway this is so cool that you found a cozy pub with unexpected food AND COFFEE! Drinking coffee in a bar reminds me of one of my favorite Simpsons clips: https://www.youtube.com/watch?v=mHz4O3gFQ7s
August 29, 2018 at 12:55 PM