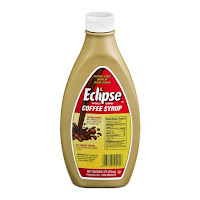 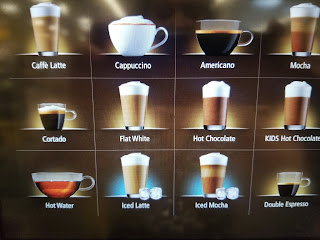 After spending a lovely weekend in Providence, Rhode Island, we stopped at Whole Foods en route to Massachusetts for vacation. Of course, I needed coffee for the 1.5-hour ride to Falmouth, but when I went to the coffee section, there were no people serving coffee. Instead there was a very inviting configuration of Franke machines offering up dairy-based and soy-based coffee, lattes, cortados, cappuccinos, flat whiles, mochas, and double espressos.  There were also 2 hot chocolate options---one standard option and a children’s option (a very nice touch for sure). There was also a kombucha section and a nitro cold-brew coffee station.

I ‘ordered’ a cappuccino using the machine, which is very intuitive and super easy to use. My favorite part was the foam---perfectly tufted. This was the first time I have ever seen coffee machines in a Whole Foods, though I have seen this system widely used in hotels in Europe. To be honest, I was initially put off by the lack of personal interaction (I love interacting with the baristas at the Whole Foods in Montclair, NJ, where I live. Their bright beautiful smiles make my day—and they give me caffeine…). But I get it---automation has its upside.

Coffee milk is a Rhode Island tradition that started in the late 1800’s with the arrival of more than 55,000 Italian immigrants to the state. This tradition quickly spread throughout New England and eventually the United States. Coffee milk can be hot- or cold-processed and is often used as a pick-me-up for adults and adolescents, as well as a way to get children used to the taste of coffee, so that they too can enjoy its social and health benefits.

I personally have never tried coffee milk, but I plan to.  My plan is to add Hershey’s chocolate syrup, skim milk, and coffee syrup together for an invigorating treat.  If you’d like to try it, it’s available here on Amazon.