Bring on the Emoticons: Coffee Makes You Happier 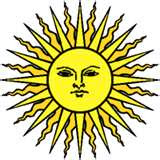 Coffee has long been appreciated for its buoying effect on mood. A study published in the Annals of Internal Medicine in 1996 showed that women who regularly drank at least 2 cups of coffee daily during a 10-year period (between 1980 and 1990) were less likely to commit suicide than their non--coffee-drinking peers. Looking at data from the Nurses’ Health Study on 86,625 female registered nurses who were between the ages of 34 and 59 in 1980, researchers considered not only coffee-drinking, but also smoking status, marital status, alcohol intake, levels of perceived stress, and diseases that may have affected the women’s feelings about the value of their lives.

78% of the women drank coffee. Overall, women who drank 2 to 3 cups of coffee per day were 66% less likely to commit suicide. Researchers found that 56 of the women in the study committed confirmed suicide between 1980 and 1990. There was one negative coffee-related finding in this study. The presumably positive effect of coffee on mood notwithstanding, in this cohort of women, those who consumed coffee were more likely to smoke and drink alcohol. They were also more likely to be stressed. However, as researchers looked at the data more closely, other positive coffee-related associations became clear: In addition to decreased risk of suicide, the prevalence of high blood pressure, high cholesterol levels, and diabetes was lower among women who drank coffee. All of these elements were factored into the analysis, and in the end the positive effect of coffee on mood was directly attributable to the coffee itself.

Seasonal affective disorder is a very real malady. Exercise, coffee and taking in the sunshine when it comes are good strategies for feeling better!