- September 16, 2016
"Water ,water everywhere and not a drop to drink."---From the Rime of the Ancient Mariner by Samuel Coleridge Taylor


The global coffee industry is worth more than $100 billion. So it’s no surprise that there is a full line-up of industry trade shows and conventions scheduled over the next few months in the U.S. Brazil, Hungary, Turkey, China, Switzerland, Colombia, Mexico and the United Arab Emirates.

However, although there are a lot of trade shows for folks involved in the coffee industry, such as growers and coffee farm owners, sometimes the role of the consumer is underappreciated.
Not so with the NY Coffee Festival, which starts today and runs through Sunday late afternoon at NYC’s 69th Regent Amory, located at 68 Lexington Ave. (between 25th and 26th St). 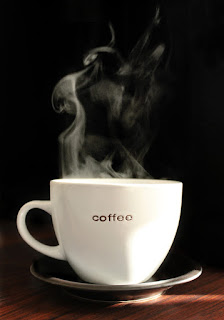 This year’s festival---the second ever---promises to be stimulating, with over 70 coffee, food and equipment suppliers, interactive workshops, barista demonstrations and competitions, lots of nosh, a DJ, bands, art and even coffee cocktails---all for the price of $20 for a standard ticket and $45 for VIP entrance.

Although this is only the festival’s second year, the event will be packed. Last year, there were 12,000 people and given the current buzz, at least 15,000 people are showing up this year.

But here’s the catch. Fifty percent of the proceeds from this event are going to charity: water, a non-profit organization that provides clean and safe drinking water for people in developing nations---including many of those in coffee-producing locales.

This NYC-based charity is 10 years old, with a history of major success helping people get potable water. Since 2006, the organization has helped fund almost 20,000 projects in 24 countries, benefiting over 6.1 million people and raising more than $200 million.

Watch this video to learn more about the founder,  Scott Harrison, who was previously a beer-guzzling, drug-addled, party-boy nightclub promoter before deciding that his life’s primary mission would be to help the 663 million people in the world who don’t have access to clean or safe water.

Many people die from drinking water infested by bacteria, leading to various tropical diseases and ultimately death, especially for children. Scott decided that he could not stand the thought of a child having to drink scummy water, or lose a day of education to carry that water from far-flung sources.

He has since planned and executed numerous programs involving digging rigs, freshwater wells and community education.

As you sip coffee this weekend at the NY Coffee Festival, remember that good coffee requires good water to make it safe and drinkable---and also keep in mind the people who are grateful simply to have clean water every day to make way for a better future.