- October 26, 2016
Who doesn’t love the fall? What’s not to love when turning leaves are providing a visual feast of saturated reds and yellows, and it’s absolutely fine to eat an apple cider donut once in a while? People put on their hiking boots, call in the chimney sweep and embrace the culture of harvest in all of its pumpkin-and-hayrides glory.

But there’s a downside for people who suffer from seasonal affective disorder (SAD). As the days get shorter, the lack of sunlight wreaks havoc on their serotonin and melatonin neurotransmitters. Roughly 6% of Americans suffer from SAD and another 14% experience the ‘winter blues,’ a less severe variant of SAD, but very real nonetheless. 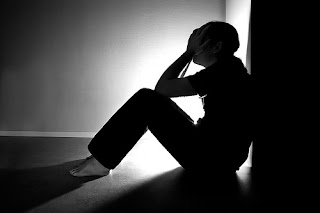 Seventy million Americans face a seasonal problem that wasn’t acknowledged as a real condition until 1984 when Dr. Norman Rosenthal, a clinical psychiatry professor at Georgetown, laid out the diagnostic criteria for SAD.  The DSM-V categorizes SAD as a modifier—“with seasonal pattern” to recurrent major depressive disorder. Common treatments include phototherapy, antidepressants and melatonin supplements.

Wellbutrin X—the only FDA-approved treatment for SAD
The only FDA-approved treatment for SAD is Wellbutrin XL (bupropion), which was first marketed by GlaxoSmithKline in 1985 and is now available as a generic.  In placebo-controlled studies, patients who had been diagnosed with SAD were started on treatment between September and November. At the end of treatment in late March, 84% of patients were depression-free---an important outcome because one of the major concerns around SAD is that it will escalate into a major depressive episode.

Full Prescribing Information from the Food and Drug Administration is available here.

Because SAD usually occurs at the same time each year, starting in mid-to-late fall and ending in spring, it makes sense to anticipate it. Best to deal with SAD early in the fall, because one day you will wake up and realize that the sun will be setting at 4 PM, and all you really want to do is stockpile cookies and rev up the Netflix. 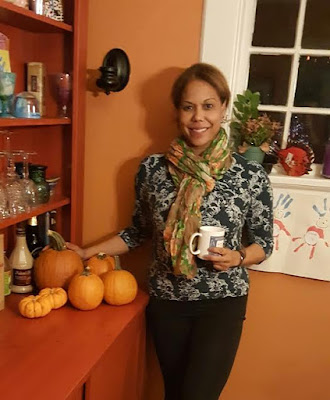 However, it really doesn’t take 3 cups of coffee a day to help you feel better. According to a study published in the Proceedings of the National Academy ofMedicine in 2015, the amount of caffeine found in one cup of coffee can improve mood, decrease sleepiness, improve memory and make it easier to deal with stress.

Coffee as stress reliever
The takeaway: Just grabbing a cup of coffee can help combat the onset of moodiness for people with SAD. I am not suggesting that coffee is a replacement for pharmacologic support---that’s something best dealt with by a medical doctor. However, all evidence points to coffee’s utility as a mood booster and as a way to combat stress.

Caffeine has a well-known mechanism of action: By blocking adenosine receptors, it short-circuits the body’s sleep-activation mechanism. The same MOA is responsible for improving mood and memory, while also making it easier to handle stress---the bogeyman that can ruin lives. Coffee stops the body’s natural deterioration mechanisms from kicking in. 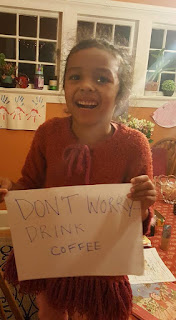 I drink coffee because I like it and I know it’s good for me, but around this time of year, my coffee-drinking becomes more intentionally utilitarian. I like pumpkins and little goblins, and doing leaf-decoupage projects with my kindergartener. But I hate getting the blues and it happens almost every year. This year, however, I’m ready. Drink up!

Mario said…
Coffee is one of the world's most well known drinks expended day by day by a huge number of individuals. It contains a high convergence of caffeine, which goes about as a stimulant and battles weakness.
March 22, 2017 at 3:06 AM

MaryFarley said…
I enormously influenced on your blog. Your post is appealing much nothing anyway everything is extraordinarily open and greatly clear argument of theme. It contains truly information; your site is staggeringly useful. This article has clarified the ideas in an interesting way. Here Cheap Essay writing service a debt of gratitude is in order for sharing; I'm needing forward to extra posts. All purchase papers composing administration to get immaculate written work thoughts.
September 18, 2018 at 2:49 AM

90-Day Meds said…
I truly appreciate just perusing the entirety of your weblogs. Just needed to educate you that you have individuals like me who value your work. Unquestionably an extraordinary post. Caps off to you! The data that you have given is exceptionally useful. Why pay more for Wellbutrin XL?