Come and Have a Cuppa Joe With Me

Right now, the name “Joe” is trending. Literally, ‘Joe’ (and ‘Kamala-“)-emblazoned t-shirts, shot glasses, and mugs can be found in abundance on Amazon. In addition to being a committed coffee-drinker, I also collect coffee mugs.

From a business perspective, using the ‘cup of joe’ meme on mugs is marketing 101. And quite frankly everyone appreciates a nice mug for Hannukah or Christmas. 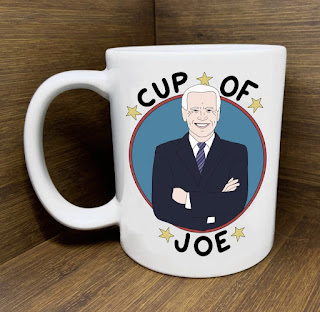 I honestly don’t use the term “cup of joe” very much. Maybe I’ve used it once or twice, but it’s a nice turn of phrase and I like it and the democratic spirit it embodies. If someone asked me to explain why coffee is sometimes referred to as ‘joe,’ I would have to go with the “average guy” theory. According to that theory, coffee is the beverage for Everyman/Everyperson (every Joe on the street) and that connotation is 100% positive.

But there are other theories behind the term “cup of joe”. In 1914, the Secretary of the U.S. Navy, Josephus ‘Joe’ Daniels banned alcohol from all U.S. Navy ships. Shortly thereafter, World War I was underway, and the naval ships were full of young men, who only had access to coffee. They were not thrilled to be on dry ships, and snidely called coffee---the strongest drink available---“cup of joe” in sneering reference to uptight Joe Daniels. 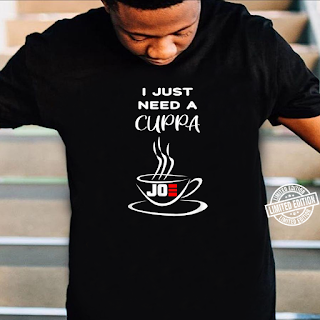 And finally, there is the story about Joe Martinson, who founded Martinson Coffee in 1898. Joe Martinson had a huge personality and a robust, over-the-top temperament. This larger-than-life quality may have led people to say “cup of joe” in homage to Martinson---the always-caffeinated king of coffee.

Regardless of where the ‘cuppa Joe’ thing came from, it is here to stay---and now more than ever we all need a good cup of Joe. Cheers!

Christa said…
I always enjoy stopping by your blog--I learn something new about my fave beverage every time. I'd enjoy a cuppa joe with you any day, Nicole!

Thanks for stopping by. I'm glad you are enjoying your coffee-drinking life! The question you pose is interesting. Perhaps it can be a blog post in and of itself. I suggest you make the cup of (Gaelic) joe and get creative!

James Anthony said…
Instagram has changed user expectations and food photography is one example. If you look at some popular images featuring food on Instagram it is easy to notice that there is a pattern. To get the best restaurant marketing service, go for sidedishmedia.co.uk
June 17, 2021 at 3:26 AM