Wake up and Smell the Coffee: Why Does Coffee Smell So Good?

Everyone knows what “wake up and smell the coffee” means. If you have ever smelled coffee---(and who hasn’t?) then you understand that just the act of smelling coffee has a stimulatory effect. “Wake up and smell the coffee” is an American idiom that was first used in the 1940’s and later popularized by the advice columnist, Ann Landers, in the 1970’s. 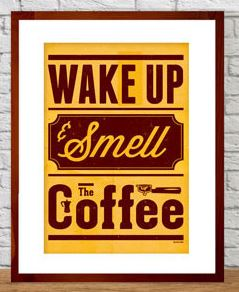 Drinking a cup of coffee is a whole-body, sensual experience that engages all the senses. You can hear the hiss of the water being extruded through the coffee-maker’s boiling-water pump, before being forcefully drizzled onto the waiting grounds. You can see, taste, and even touch the coffee (careful it’s usually hot). But nothing compares to smelling coffee first thing in the morning.

Like many people, I am acutely sensitive to the smell of coffee. From smell alone, I can get a sense of how earthy, floral, spicy, sweet, bitter, or bright the coffee is.

Why is the smell of coffee such a distinct phenomenon? Coffee is a plant (full of healthy antioxidants) that contains over 1,000 volatile bio-compounds. When these compounds are roasted, their essential oils and aromas are unleashed. The results are aromatically synergistic and thrilling. 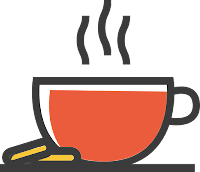 According to wordhistories.net, the earliest known mention of “wake up and smell the coffee” was in 1927 in a newspaper editorial. The original meaning of the phrase implied that coffee did not smell good. But we all know that the smell of coffee is so good that we may have to modify the meaning of this phrase to let people know that something really dope is brewing. 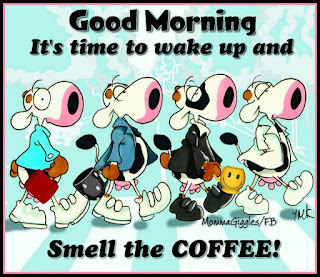 Christa said…
No coffee brewing at this hour, but your vivid descriptions have sent my senses into overdrive! Wow--the power of words, the power of coffee...I hasten to bed, looking forward to waking up to its heavenly aroma!
November 30, 2020 at 11:28 PM

Kevin Nelson said…
A large office is seen as anything above 20 desks, but of course, this could go to an infinite number. You can check out features and reviews from makinggoodcoffee.com.
December 14, 2020 at 6:10 AM

Francis Smith said…
Choosing the right machine for you depends not only on your favourite type of coffee but also on how much time, effort, and money you want to invest in the brewing process. Know more from coffeewithconscience.org.
February 27, 2021 at 11:59 AM

James Anthony said…
I make the lemon version of these lime bars all the time but with some leftover limes in the fridge needing to be used, this recipe was the easiest and quickest way to turn them into something delicious. Know details from twigscafe.com
May 19, 2021 at 5:53 PM