Smoky sweet or light and floral, doesn't matter---coffee is good for your genes


I drink a lot of French roast coffee. It is my go-to brew when there is any doubt involved, or when I’m brewing coffee at home for guests. I like its depth and its smoky-sweet quality. I like it with skim milk that has been steamed and mixed in. I like it at any time of day. French roast is considered a prototypical dark roast coffee. In default situations, this double-roasted, dark brown coffee, with its shiny surface epitomizes the best of the dark roast drinking experience. 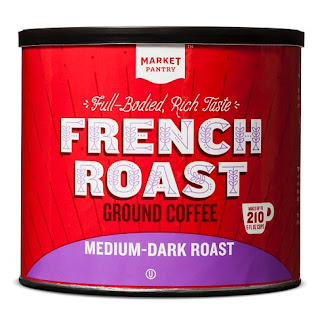 There are also lots of good light and medium roast coffees. If you want a more caffeinated brew, go for the lighter roast coffee. I used to think that the darker the roast, the stronger the coffee; but in reality, the lighter the roast, the shorter the roasting time, which results in a more caffeinated brew, with bright, fruity, herbal, flavors. It’s definitely fair to say that lighter roasts have more complex flavors.

Light, medium, and dark roasts are ALL good for you
Whichever roast you prefer, coffee is good for you. Coffee is packed with chlorogenic antioxidants, phytochemicals that are largely responsible for the positive health benefits of coffee. Important to note here that lighter roasts are not only more caffeinated, they also have more chlorogenic acids.

According to chemist, Joe Vinson, who teaches at the University of Scranton, coffee is the #1 source of antioxidants in the American diet. Chlorogenic acids, which make up 5% to 10% of dry coffee beans, have profoundly potent antioxidant effects. Some of the known benefits include better glucose control and insulin regulation; decreased blood pressure; and improved cardiovascular function.

Epigenetics and coffee
The combination of antioxidants and caffeine is powerful. Coffee affects us at a cellular level, burrowing its effects into our genome, the essence of our individual physiology. In a study published in March 2012 in Cell Metabolism, researchers and exercise physiologists evaluated the effect of coffee-drinking versus exercise in a group of healthy, but inactive, men and women.  They found that drinking coffee and exercise have a similar effect on the DNA in muscles. 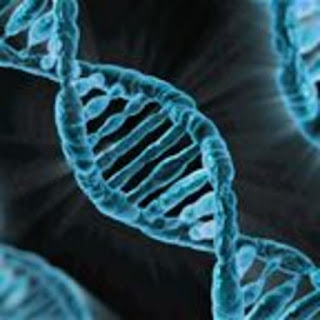 This effect is part of a phenomenon known as “epigenetics.” Epigenetics means that although a person’s DNA sequence and genome are fixed at birth, lifestyle decisions can structurally and chemically alter the expression of DNA, turning on certain genes and turning off others. If you’ve ever seen two identical twins age in drastically different ways, you can chalk it up to the epigenetic effects of lifestyle.

Exercise and the joy of light roast
Exercise leads to epigenetic changes that turn on genes for better cardiovascular fitness and greater muscle strength. Likewise, drinking coffee alters DNA expression, leading to spontaneous muscular contractions, in addition to other invisible epigenetic modifications that express themselves as health benefits---including a faster metabolism.

So I’ve been drinking a lot of dark roast coffee, but as spring progresses and summer comes in, I’m going to start drinking more light roasts. I’m pretty excited about trying new coffees and consuming even more antioxidants.

georgettes said…
Your information is really amazing. Definitely that things are very useful for us. I'm impressed with your article. please share more information with us. local coffee sales.